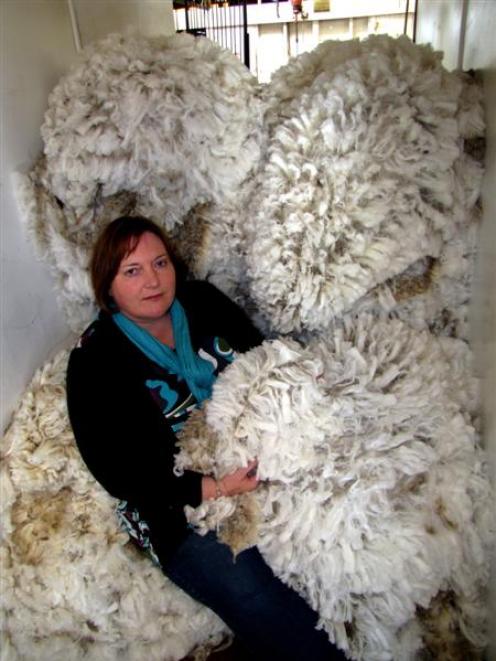 New Zealand Merino Shearing Society president Graeme Bell said he was pleased the competition was back and invited groups and individuals in the region to participate by sponsoring an entrant.

Organiser of the contest Liz Wright said entries were open to young women between the ages of 17 and 23.

"They will be judged on a number of criteria including presentation, dress sense, personality, speech and basic knowledge of the merino industry.

"A merino component must be worn during the afternoon and interview with the judges. This could be a full garment or something little, like a hat," Ms Wright said.

The competition will take place on Saturday, October 1, the last day of the New Zealand Merino Shearing Competition, which starts on Thursday, September 29.

The winner and runners-up will be announced at the shearing competition that evening and the top three will then present prizes at the finals of the Merino Shears.

The event has had a few makeovers in its time. The forerunner of this event, the Fleece to Fashion Parade, which was run by the Central Otago Young Farmers and Country Girls Club, dates back to 1959. Garments were supplied by the then New Zealand Wool Board, designed by international designers and modelled by Central Otago girls.

The fashion parade morphed into a make and model competition known as Miss Otago Wool.

For the first 30 years Miss Otago Wool was held in conjunction with the Fine Wool Championships, a part of the Blossom Festival.

The event then progressed to focusing on person and personality, rather than the garment worn, and in recent years was known as the Merino Wool Princess event, held in conjunction with the Wool On awards.

Ms Wright said she was "casting the net far and wide in the Otago region, calling on the Rural Women's network and service clubs to sponsor a contestant for this year's event.

"We need at least six participants this year."

She said she hoped the event would get a lot of support which would ensure the competition would be held annually.

Entries in the Miss Merino Shears competition can be sent to Liz Wright at outoftheboxnz@gmail.com. Entries close on September 16.