No raining on this year's Light up Winter parade 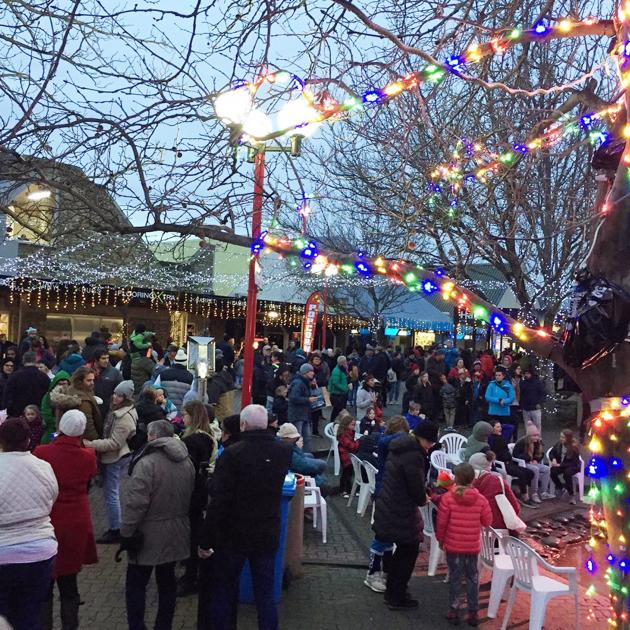 The Cromwell Mall is filled with activity during Saturday night's Light Up Winter festival. Photos: Supplied & Tikitiki Photography
A little bit of rain did not worry organisers at this year's Light Up Winter in Cromwell - not like last year.

"It rained all day for last year's event - right up until 10 to 6, just in time for the lantern release," event communications manager Marion Lowe said.

"This year there was just a little bit of drizzle. That didn't worry us at all."

Turtle Funk plays at the Cromwell Mall.
More than 2000 people attended the third annual Cromwell & Districts Promotion Group festival, which was held on a Saturday for the first time.

It was held on Friday for the last two years, but the Saturday timing "worked better" and "seemed to mean" that those attending the festival were "nice and relaxed. There were no time pressures; no-one was in a rush", Ms Lowe said. 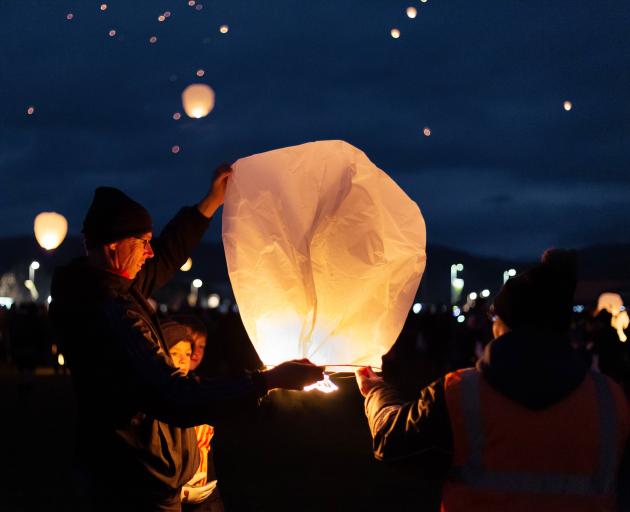 Lanterns are released into the sky.
The festival featured a night market, entertainment, a magician, parades and competitions in the Cromwell Mall, as well as a mass lantern release near the "big fruit" sculpture. About 750 lanterns were released.

There were also three "warm spots" for "the kids to hide from the elements": a Craft Cafe in the Cromwell Library, a Kidzone at Cromwell Paper Plus and a "hang out" session at the Cromwell Youth Centre. 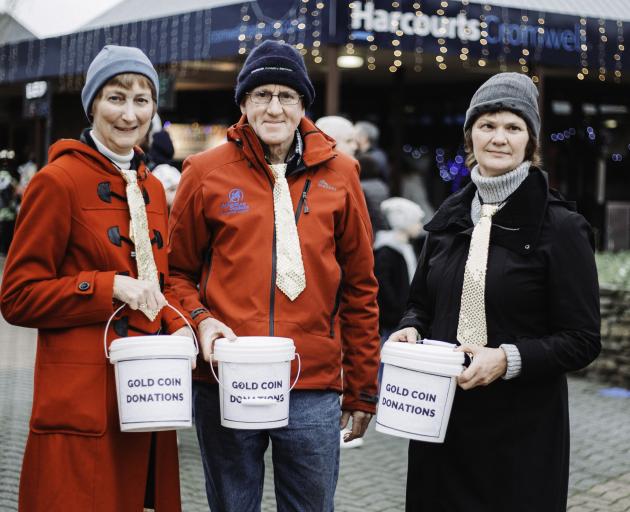 Volunteers (from left) Sue Iveson, Bill Iveson and Sharon Smidall collect donations for next year's event.
The event was "a great night out for the whole community" and organisers put an emphasis on having "something for young and old", promotion group member Brigitte Tait said.
Comment now