No significant drop in rabbits seen yet 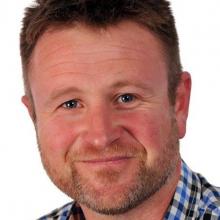 Scott MacLean
Counts to establish whether the new strain of rabbit calicivirus has taken hold will begin next week, but Otago landowners expecting to see dramatic drops in rabbit numbers could be in for a wait.

When the impending release of 100 doses of a Korean strain of rabbit calicivirus was announced in March, the Otago Regional Council said the pest population could be cut by up to 40%.

Now farmers are saying they have seen no evidence of the impact of the virus.

Council environmental monitoring and operations director Scott MacLean said post-virus release night counts would begin next week but a potential 40% decrease in numbers of the pest would take time.

For years, the council had monitored rabbit numbers at specific locations, but introduced new areas — at release sites — to its monitoring "to see what impact it has had on the rabbit population at those spots".

"We maybe won’t expect to see that 40% in the first week, but we may see it over a year," Mr MacLean said.

Landcare Research rabbit biocontrol initiative project leader Dr Janine Duckworth said dead infected rabbits had been found at release sites but more time was needed to establish its impact."Counting dead rabbits does not give you the impact on the population. 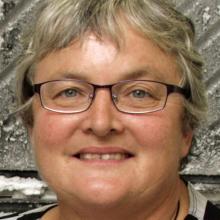 Janine Duckworth
"In the past, people were seeing very large drops, because it was a naive population. We’re looking for something that is less dramatic.

"This is a biological process and it will work better in some places than others."

Council chairman Stephen Woodhead said while the 40% estimate was based on an understanding of results in Australia, "we can’t predict with absolute certainty how the virus will react in New Zealand".

Asked if the council would use a 40% kill rate as a benchmark for success, he said "from an organisational perspective, staff have worked extraordinarily hard" with good co-operation from landowners but the virus was only intended to be part of the solution.

"I’m hearing the stories, just as some of my fellow councillors are — and certainly some of our staff — that it hasn’t worked or it’s been variable results.

"Farmers now need to get out there and  start their normal rabbit control programmes. It will more than likely mean for some farmers in the high country the normal aerial 1080 programmes need to be reinstated."

Federated Farmers High Country chairman Simon Williamson said landowners "can’t just expect these things to be a miracle" and if unsuccessful "they’ll have to go back to the drawing board".