Open letter on water to be sent to Govt 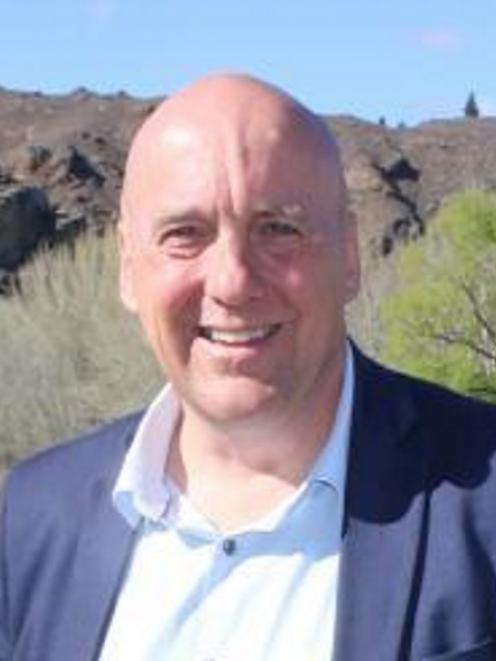 Tim Cadogan. Photo: ODT files
An open letter on behalf of the people of Central Otago is to be sent to the Government by Central Otago Mayor Tim Cadogan in response to its Three Waters mandate.

Mr Cadogan made a rare move while reading his mayor’s report at a full meeting of the Central Otago District Council yesterday — pausing to ask councillors for their feedback on the Government’s move a week ago to take control of water services and assets from the 67 local councils and set up four regional bodies to oversee Three Waters.

Mr Cadogan said he did not think any of those around the council table were taken by surprise by the October 27 announcement.

‘‘We hoped it wouldn’t happen, but I don’t think any of us were surprised that the Government mandated the change to the Three Waters.

‘‘That has caused an extreme amount of, I’ll use the word annoyance but that’s probably a bit low key — people feel betrayed.’’

Mr Cadogan said people in Central Otago were expecting an opportunity to have their say on the biggest decision affecting local governance since the reforms of 30 years ago.

‘‘They have not had that opportunity ... They want something to be done about it.

Cr Stephen Jeffery said things needed to change, but what was being proposed was ‘‘wrong’’.

Cr Tamah Alley said she was disappointed the many hours councillors spent familiarising themselves with an ‘‘extremely complex topic’’ so they could engage with the community had been for nothing.

‘‘I think it’s a real blow to democracy that our communities have not yet got the opportunity to say what they think is best for them.’’

Cr Cheryl Laws said there were many questions the Government had not answered and much it still had to relay to the community.

‘‘That raises an element of mistrust.’’

Cr Martin McPherson said when a government had a majority it could mandate as it chose.

‘‘It has done so. Whether it will mean marching on the streets, we’ll wait and see. We’re living in interesting times.’’

Cr Tracy Paterson said there was a ‘‘massive lack of trust’’.

That was illustrated by a lack of appreciation of local knowledge which had value in the process, she said.

He was angry and ‘‘I feel we as councillors have let down our community’’.

Cr Ian Cooney said he was concerned centralisation could mean smaller areas missed out in favour of larger centres.

Councils were taking the blame for Ministry of Health failures, he said.

The process was also flawed, he said.

‘‘It is an unmitigated disaster in how to engage with communities and take them with you.’’

Mr Cadogan said he believed the majority of Central Otago residents would be opposed to the reforms.

‘‘We can at least let them have their voices heard through an open letter to Government, so we’ll get working on that.’’

The Roy Morgan poll this week has Labour on39%. That equates to losing 14 MPs. This policy should be dropped if they have any sense.

Sadly the public have no idea what 3 waters is with much false info and fear brought out by many councillors.
It was the Councils that have said they can't currently handle their 3 waters.
It is the Councils that are going to have to ask ratepayers for huge amounts to replace pipes and clean up rivers.
Assets won't be lost. They will be owned by taxpayers instead of ratepayers.
Our 3 waters ae in a mess at mo. Anyone got a better solution???

This all reminds me of 92% of you all voting against Winston's saving scheme. It then got rebranded as Kiwisaver and now you're all happy.