Opposition to plan for raising lake 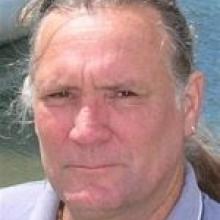 Steve Toyer
The Alexandra District Flood Action Society will oppose plans to raise Lake Roxburgh, and a commercial operator on the lake also has concerns about the impact of the change on recreational users.

The society met on Thursday night to discuss Contact Energy's application to the Otago Regional Council to raise the maximum operating level of the lake by 60cm. Society president Stan Randle said the group wanted more information aside from that provided in the application.

"We can't afford to get our own independent engineering report done but the regional council will do one, but not until after the date submissions close [on March 13]," Mr Randle said.

"So essentially, we're not going into battle against it, but we don't think we have enough information to make an informed decision yet, so we want to see an independent evaluation of the proposal. By opposing the application, we'll get the regional council's report, as a submitter."

The society was there to protect the community's interests, and although according to Contact it was all "peaches and cream", the group wanted more information on different aspects of the report, including the flood mitigation measures, he said.

Clutha River Cruises owner Steve Toyer said he believed boat users and jet skiers around the Alexandra bridge area would be affected by the higher lake.

"I don't think people realise how much of the beach there will be gone in summer time if the lake is raised; there might be nowhere to land your boat," Mr Toyer said.

He said he was the person who probably used the lake the most, as a commercial operator, and had noticed the area around the bridge had become very popular with water sports enthusiasts, especially in the past year or two.

The mean operating level of the lake would be up to 50cm higher, if the change was approved.

"If the lake is high, the 50cm extra at Alexandra will be on top of that high level, and that will have quite an impact here," Mr Toyer said.

He would be making a submission on the matter and urged recreational users of the lake to do likewise.

"It's too late to complain afterwards."

The flood action society also resolved to keep an eye on any proposals for more dams along the Clutha river.

"We've been told that any firming up of plans are a long way off, and that Contact will consult with us, so we're happy with that," Mr Randle said.