Parish ponders what to do with its church 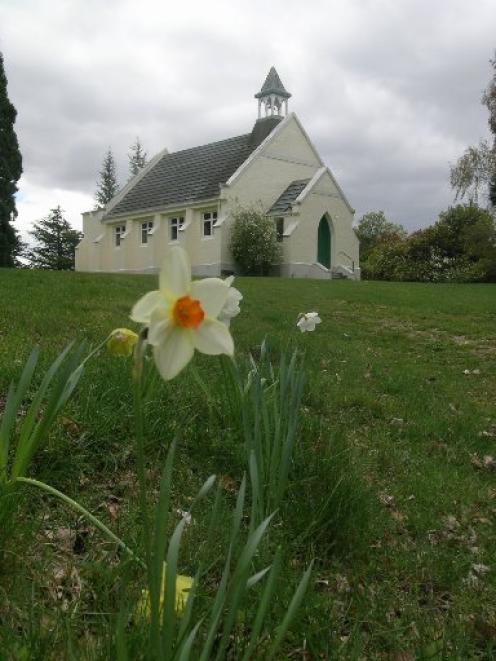 Tarras locals may have to buy their community church if they wish to continue using it, as a possible sale looms.

The property, in Church Lane, Tarras, is owned by the Upper Clutha Presbyterian Parish. Since 1958, it has been managed under a joint use agreement by Anglicans and Presbyterians.

In 2014, Presbyterian services ceased as the last active member of the congregation left the area.

It is now used for monthly Anglican services and occasions such as weddings, funerals and baptisms.

Upper Clutha Presbyterian Parish Session member Michael Hyndman said the lack of a congregation led to it deciding to start the sale process.

"The parish has a stewardship duty to ensure its resources are used to the best effect within the parish in terms of achieving its Christian mission goals.''

Another reason for the decision was the building was earthquake-prone, he said. If the parish continued to own the building in its current state, it would have public liability in the case of death or injury in an earthquake, he said.

"Remedial work would be very costly and not sensible for the parish to incur.''

In June, the session held a community meeting in Tarras to discuss the proposed sale and a community group was formed. Mr Hyndman said.

"Until then, the session retains an open mind about the sale outcome particulars.''

Once the parish considered the community's response and developed a sale process, it would approach the Southern Presbytery and Synod of Otago and Southland for approval, he said.

"From that meeting, it was quite clear it was important to the people there and they were upset it was going to be sold.''

The group would talk to Bannockburn locals involved in the purchase of their church about 10 years ago, she said.

Upper Clutha Anglican Parish vicar the Ven Damon Plimmer said he personally would like the building to remain a church. Sunday service attendance was sporadic at eight to 15 people, but the congregation there was strong, he said.

The land was given to the Presbyterian Church in 1921 by Malvern Downs.