Preparation for clip-on bridges on trail 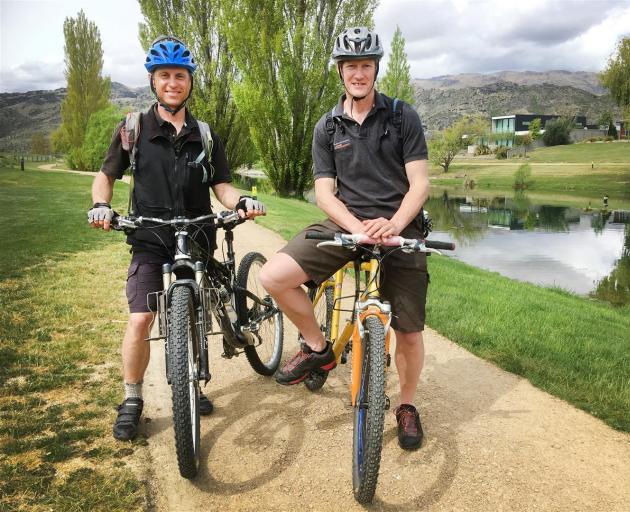 Contractors have started drilling holes on various sections of the trail where clip-on bluff bridges will extend above the lake at points where it has been identified as the most practical solution.

Central Otago Queenstown Trail Network Trust chairman Stephen Jeffery was pleased with progress made so far on the first stage of the five-stage project.

''It looks likely Smiths Way to Cromwell will be finished by Christmas - we are hopeful. Other sections will take until this time next year.''

Three contracting teams are working on various sections of the trail. 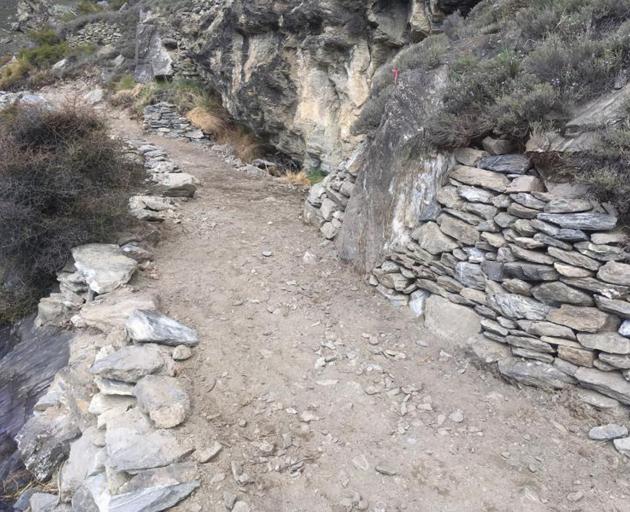 A look at the work being done to create the Lake Dunstan Cycle Trail at the Pick and Axe area. Photo: Supplied/Tim Dennis
Wilson & Keen started north of Pisa Moorings and will go to the Bannockburn Bridge and then to Cornish Point, just south of Cromwell.

M3 has started at Cornish Point and will continue to Clyde.

Those two contractors are doing the bulk of the trail construction.

A third contractor, Cliff Care, is doing some trail construction, along with rock scaling and clip-on bridge work.

''We judge what it's like and talk to everybody as we pass,'' Mr Howard said.

Among those people were ''mums with buggies to grannies on e-bikes''.

''The feedback has been incredible.''

Work on the 54km trail, which will follow the true right of Lake Dunstan from Pisa Moorings to Bannockburn and then through the gorge to the Dunstan Arm Rowing Club, near Clyde.

The trail is part of the $26million New Zealand Cycle Trail Project, funded by the Government, the Central Lakes Trust and the Otago Community Trust.

It will form part of 536km of new trails connecting Cromwell to other Central Otago, Queenstown and Wanaka trails.