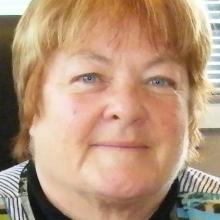 Patsy Inder.
Maniototo Area School’s first female principal has resigned after three years in the role but the reason remains a mystery.

The board announced Patsy Inder’s resignation last week and said she would be on leave for the rest of the year.

Approached for comment by the Otago Daily Times this week, Ms Inder confirmed she had resigned but declined to reveal her reason for the decision. In the school newsletter this week, board chairman Dave Hutton-Atkins said Mike Corkery would be acting principal for the rest of the year. Mr Corkery stepped down in 2013 after nearly 18 years as principal at John McGlashan College in Dunedin. He started his teaching career in 1972 and his first principal’s role was at the area school.

Mr Hutton-Atkins said the board would immediately start advertising and recruiting a new principal.

"We look forward to working with our new principal on the many great things planned ahead in 2017, including the school rebuild", he said in the newsletter.

An $8million rebuild of the school will take place over four or five years, the Ministry of Education confirmed earlier this year.

● Dunstan High School in Alexandra will also start 2017 with a new principal. Reece Goldsmith will start in the first term, replacing Brent Russell, who has been in the role for seven years.

Mr Goldsmith (49) is the principal at Mackenzie College, Fairlie. He attended the University of Otago and has taught in Queenstown, so has strong links to Otago. Mr Goldsmith said he and his family, wife Kira and sons Thomas (11) and Oliver (10), were looking forward to the move. He has been principal at the college for three years and loves the "semi-rural environment" so Dunstan, in a similar setting but a bigger school, was an ideal step up, he said.

Mr Russell has been at the helm at Dunstan for seven years and is changing focus next year after 25 years as principal at Otago and Southland schools. He will become an education  consultant. Board chairwoman Wendy Robertson said his leadership enabled Dunstan to be a successful community school.  High-calibre candidates applied for the principal’s role and Mr Goldsmith’s leadership style, his experience and energy would ensure Dunstan would continue to be at the forefront of education providers, Ms Robertson said.