Response to Relay for Life 'humbling' 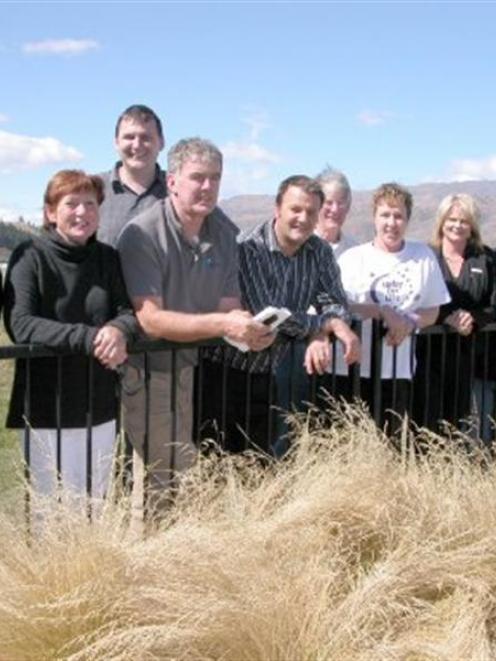 More than 1250 people comprising 74 teams have registered for the Cancer Society fundraiser.

The event will be held at the Cromwell Racecourse on March 6 and 7 and teams from Alexandra, Cromwell, Queenstown, Wanaka, the Maniototo, Roxburgh, Poolburn and Clyde will take part.

"The support we've encountered within Central Otago for the Cancer Society is really humbling."

Teams will camp out at the racecourse and members will take turns carrying a baton around a 400m track within the racetrack.

The teams usually have a minimum of 10 people and some of those registered for the Central Otago event have 40 or more members.

Teams have embarked on a wide range of fundraising activities including garden parties, giant garage sales, movie screenings, dog-walking, cake stalls and sponsored head-shaving in the weeks before the event.

The proceeds will remain in Central Otago, being used for support and health services and resources in the district, Ms Peck said.

Relay chairman Glen Christiansen, of Cromwell, said the support from businesses and individuals for the cause was amazing.

"Central Otago is a relatively small place but we've been just blown away by how many businesses have come forward to help with the event and how many teams want to be involved in the relay," Mr Christiansen said.

Most teams had their fundraising well under way and some had already surpassed the recommended fundraising target of $100 per person.

"The more money we raise, the more we spend on support services in this area," Mr Christiansen said.

The team membership was made up of people from all walks of life, with service clubs, businesses, charities, families, schoolchildren and sports clubs all represented.

With entertainment planned throughout the 24-hour event, it would take on a party atmosphere.

"It's going to be awesome."