Sisters on ice throw their stones 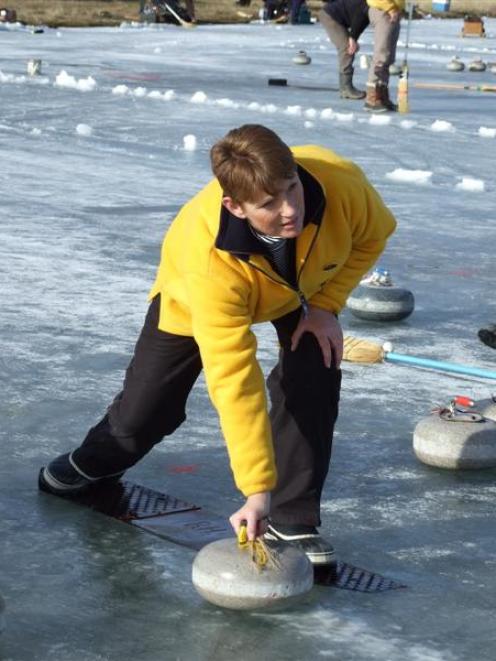 More than 130 curlers from the 16 clubs which make up the Idaburn Curling Council took part in the one-day bonspiel on the natural ice and there was praise for the quality of the 15cm-thick ice.

Poolburn was the overall winner on 87 points, from Blackstone Hill, 84, and Cambrian, 68.

Sue Ingram, of the Cambrian Club, was one of about eight women competing.

"I've been through the curlers' court so I'm officially a sister curler," she said.

She has played the sport for about 12 years and recommended it to other women.

"It's certainly a sport dominated by men and they have you on a treat, but they're pretty good to you."

Her words were echoed by Colleen Cockburn, of Chatto Creek.

"You're treated as an equal on the ice," she said.

"And it only takes one game to get hooked on curling. First and foremost, I enjoy the camaraderie and it's an exciting game".

Gore curler Christine Wilson is hoping a two-day national bonspiel goes ahead next week, so she can go through the curlers' court.

She works for the Gore District Council as a gardener and has already booked two days off next week, just in case it goes ahead.

• A national bonspiel may be called at the Idaburn Dam early next week.