'So much stress' due to lack of facilities 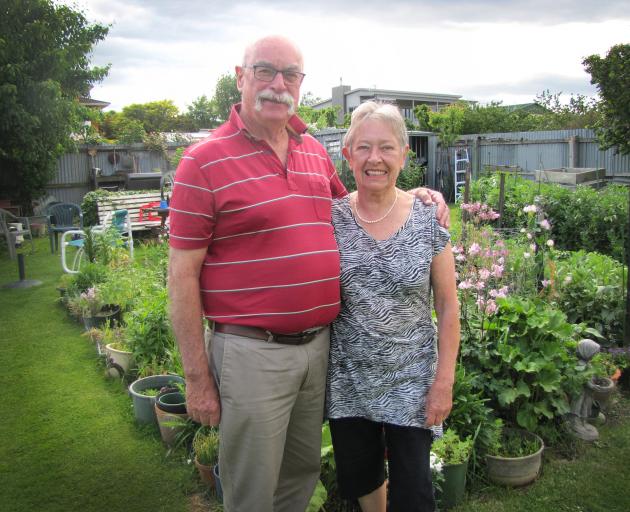 Clyde couple Jim and Geraldine Barrie reflect on leaving Clyde for a Cromwell retirement village. They are sad to leave their hometown but will do so because of the lack of a retirement village in Alexandra or Clyde. PHOTO: PAM JONES
An expansive retirement and aged-care facility was proposed for Alexandra five years ago but still has not got to the drawing board. Pam Jones looks at how the delays are affecting those who are having to leave town or have their families split up because of a lack of aged-care options.

One man drove almost 100,000km over four years to visit his wife in a city dementia unit, another is still coming to terms with leaving his home of the past 40 years.

Both say the lack of retirement, rest-home and dementia facilities in Alexandra and Clyde is breaking up families and causing undue stress to those already vulnerable and coping with what old age brings.

"We don't really want to be leaving to go somewhere else, but feel we've got no other option."

Mr Barrie and his wife Geraldine have finally, after resisting doing so for years, bought a unit at Cromwell's Golden View Retirement Village. They are planning on moving there next year, while they are still healthy enough to cope with the shift and enjoy the retirement village atmosphere.

But it will mean leaving their home of four decades, their much-loved garden, and the ability to walk their grandchild to school in Clyde and pick her up at the end of the day.

They are trying to feel positive about their next era, but feeling more sad than anything, and still want progress on an Alexandra retirement village proposal that seems to have gone nowhere after five years.

"They've got to get cracking or they will keep losing people from the district," Mrs Barrie said.

Their comments are echoed by health and social service leaders who say the shortage of aged-care facilities in Alexandra and the wider Central Otago district is breaking up families and causing them undue stress.

They said any retirement village should include rest-home, hospital-care and dementia beds, and were keen to talk to any potential providers looking to enter that market, as well as other existing providers. They also continued to "actively" discuss the "long-term health requirements for our fast-growing and ageing population" with the Southern District Health Board.

The darker Manuherikia River meets the Clutha below the town centre at Alexandra. PHOTO: STEPHEN JAQUIERY
Leaning Rock Village trustee Peter Hishon said their Alexandra retirement village proposal was for an all-encompassing, expansive, "one-stop-shop" facility that would allow people peace of mind and continuity of care by allowing them to move into progressively more complex care within the same facility as they grew older.

He and other trustees are frustrated by delays in land negotiations with the Crown over a 16ha block they would like for the development, and earlier this year announced a change of tack to instead start building on just an adjacent 4ha owned by the Central Otago District Council, while they continue negotiations for the rest of the land. 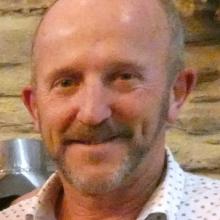 Peter Hishon
Mr Hishon said he met people weekly who had had to leave Alexandra or Clyde because of a lack of aged-care facilities in the towns, as well as people who had seen a family member go into care outside of the district, in particular for dementia care.

He hoped both the Vincent Community Board (which will soon consider a proposal from Leaning Rock to gift the council land or enter a joint venture for the retirement village) and council would realise how desperate the need was for such a facility and how many people were leaving Alexandra because of a lack of facilities.

"People come and buy a house here because this is where they want to retire, but then they have to move away again 10-15 years later because there is nowhere for them to go here when they get older and need more care. These people don't want to leave, but they have to. We're facing a grey tsunami over the next five years of baby boomers and the biggest worry is there's nowhere for them to go."

Mr Hishon believes the not-for-profit nature of the proposed Alexandra development is significant. Outside commercial providers have made it clear they are "not interested" in Alexandra and he believes the council and community board should be supporting the proposal. He wants people to lobby their Vincent board members to vote to do that. 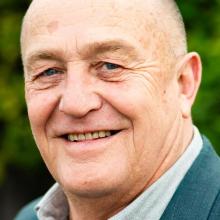 Martin McPherson
Board chairman Martin McPherson said he knew the need for more retirement and aged-care facilities in the Alexandra district was acute, and also acknowledged an Alexandra retirement village was unlikely to attract private sector funding and might need local authority support.

He said he could not comment on the upcoming Leaning Rock application until it had been made, nor pre-empt any board decision.

Alzheimers Otago manager Elizabeth Harburg said Central Otago's ageing population would "undoubtedly" see an accompanying increase in dementia. The organisation regularly saw families having to leave the region because of a lack of services there.

"I have just this week seen one of our clients being sent to an available bed in Invercargill for rest-home care, which has a huge impact on not only the family but the community. His wife does not drive and they live very rurally so she is now very much alone. This all came about because of a fall, which can happen to anyone, but the thought then of having to go out of the region for either respite or permanent care causes so much stress."

She said the Central Otago council should support the Alexandra retirement village, and had a "social responsibility to support the wellbeing of our older adults".

Ms Harburg also thought the council had a role "in helping the stress that many carers are facing", but other stakeholders also needed to come together. 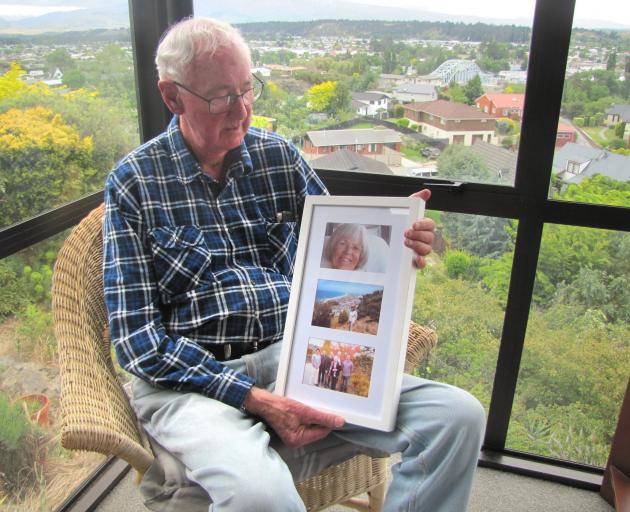 Ken Cook looks at photos of his wife Jeanette. Mrs Cook has advanced dementia and is in full-time care, having recently been moved back to Alexandra after living in a Dunedin facility for four years because of a lack of facilities in Alexandra. PHOTO: PAM JONES
Alexandra man Ken Cook knows full well the extent of the problem.

For the last four years he has driven almost 100,000km on weekly visits to see his wife Jeanette, who has been in a secure dementia unit in Dunedin because of her advanced Alzheimer's.

Mrs Cook has recently been moved back to Ranui, in Alexandra, partly because her condition has been "downgraded" because she no longer poses a risk to herself or others, because she can no longer move or feed herself.

Every day Mr Cook visits his wife and feeds her her lunch.

Every day he returns home and thanks small mercies - that his wife is finally back in the same town as him.

He knows of multiple families affected by dementia and the lack of aged-care facilities in Alexandra.

A retired chartered accountant - his wife was a respected school teacher - he remains active as an honorary Alexandra Rotarian, and spent years volunteering for the St John health shuttle.

But he no longer attends gatherings of an Alzheimer's support group.

He said he stopped going out of respect for others in the group, as he could sense they found it difficult facing the reality of what was going happen to their loved one.