This is the tail of a town tour guide 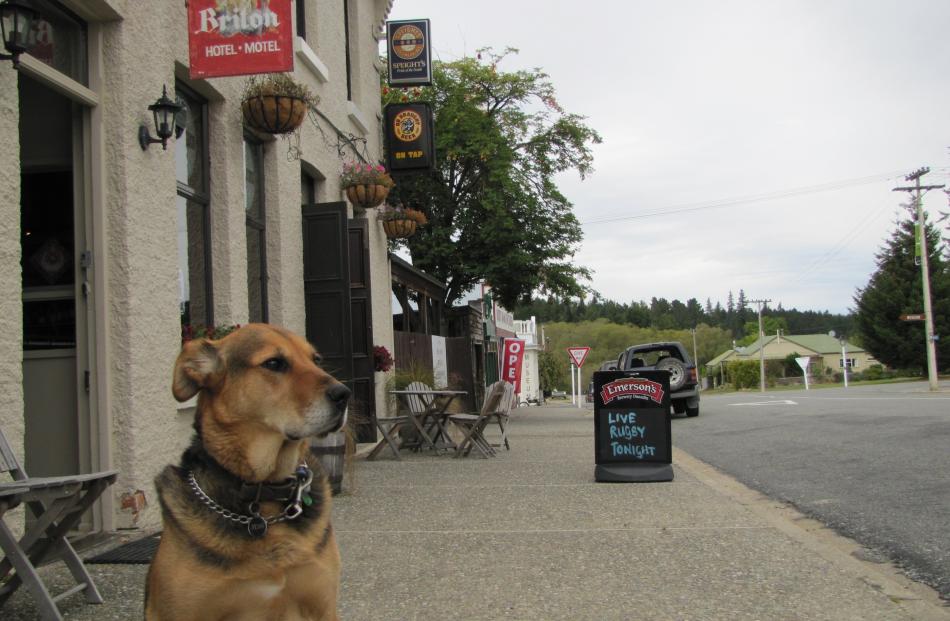 Jessica the huntaway waits outside the Ancient Briton to take her next group of visitors around Naseby. Photos: Pam Jones. 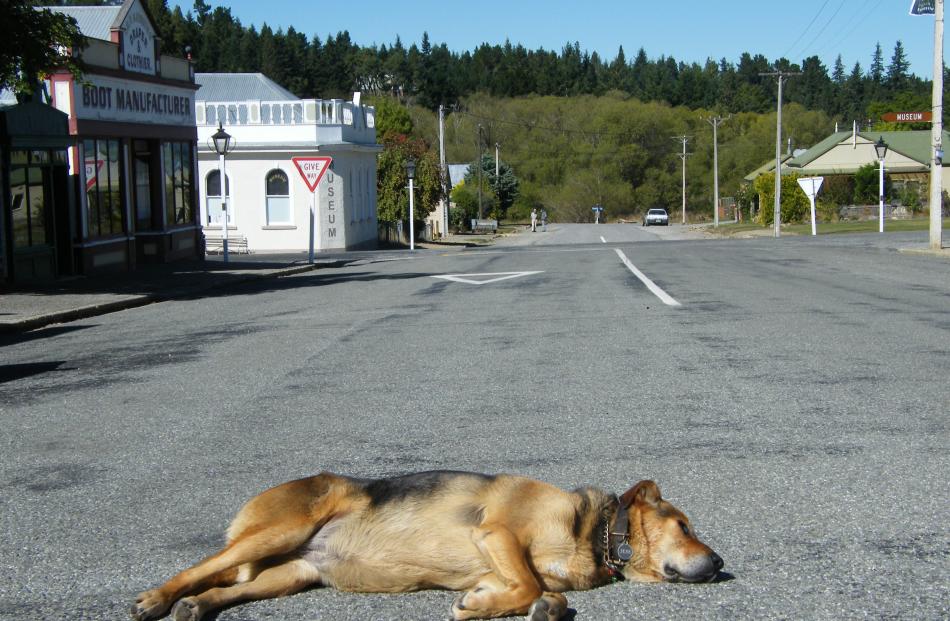 The much-loved canine has become an institution, escorting visitors through the town and its forest and tracks before snoozing on the warm tarmac.

They call her "Naseby’s good sort", and Jessica the purebred huntaway has become an institution in the historic town.

Every morning she sets out on a two-hour meet and greet with the locals before arriving back at her home, the Ancient Briton hotel, to take visitors on tours through the town and its forest and tracks.

"When we show people to their rooms we say ‘this is Jess, if you’d like to go for a walk she’d probably love to come with you’," Ancient Briton owner Jan Rutherford said.

"We tell them if she wants to chase a rabbit that’s fine — she always comes back. Then when she gets back to the hotel she goes and lies in the middle of the road. I think she likes the heat of the road, it massages her muscles. It’s good it’s a quiet country village. People amble up the road or just drive around her."

The canine character moved to the Ancient Briton when it was bought by Ms Rutherford and her partner Adrian Hood three and a-half years ago.

They were at the Dansey’s Pass Hotel before then, where Jess was the "understudy" to the family’s white Samoyed-labrador cross dogs, Josephine and Cameo, who have since died.

Six-year-old Jess was now the "star of the show", Ms Rutherford said.

The locals loved her just as much as the visitors did, Mr Hood’s son, Anton Hood, said.

"She does her rounds every morning. I let her out at 8 and she goes a big loop and goes and says hello to everyone. It’s only about a 900m circuit, but it takes her two hours."

But the limelight was sometimes shared by the hotel’s cat, Princess Briton, the family said.

"She rules the roost, as cats do," Ms Rutherford said.

"She has her own special place where she sits inside the hotel and people don’t dare sit on it. But she’s very social. The bigger the crowd, the more social she is."