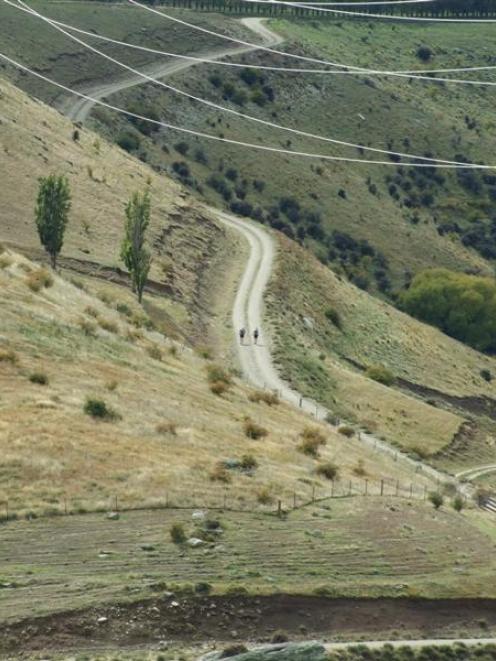 Runners compete in the Northburn 100 mountain race. Photo by Lynda Van Kempen.
Runners have branded the Northburn 100 the toughest race they have ever been in and that reputation will pique the interest of more international competitors next time around, says ultra-marathon runner Lisa Tamati.

As one of the event organisers and an athlete who regularly competes overseas in extreme events, she is confident the inaugural Northburn race at the weekend was "the start of something big".

"That was my goal, to make this one of the hardest 100-mile races in the world and I think we've achieved that," she said.

There is only one other 100-mile (160km) race staged in New Zealand, in Taranaki, and that course follows the road.

"Demand for these ultra-marathons will boom, following the lead of the United States. The Northburn course has the whole package - the fact that it's so tough, it's off-road and the scenery - this is the most beautiful part of New Zealand and that's a drawcard in itself."

She said there were 76 100-mile races held in the United States every year "and all of them are booked out months ahead".

Although the field for the first Northburn race was only 50 competitors (30 for the main race and 10 each for the 100km and 50km races), word-of-mouth would ensure the event would grow in coming years.

"It'll boost tourism in Central Otago and showcase this part of the world to overseas visitors. Having Queenstown not far up the road also helps," Tamati said.

"Athletes want a tough race, one that will challenge them, and this one delivers that challenge."

Samantha Gash, of Melbourne, who competed in a 100km race which made up part of the weekend programme, agreed with Tamati's comments.

"This is a magnificent course and it's generated a lot of interest among international competitors, so its reputation will spread. They plan their races well ahead of time, so they'll be taking note of this one for next year."

Gash had to pull out of the race after falling early on, and ripping her hamstring.

Her partner, Daniel Trevena, was one of the 30 competitors who lined up for the 100-mile race.

Sydney athlete Darrel Robins, who was placed third in the 100-mile event, said the terrain and the height of the course were the main attractions.

"I loved it and it certainly won't be the last time I'm here."