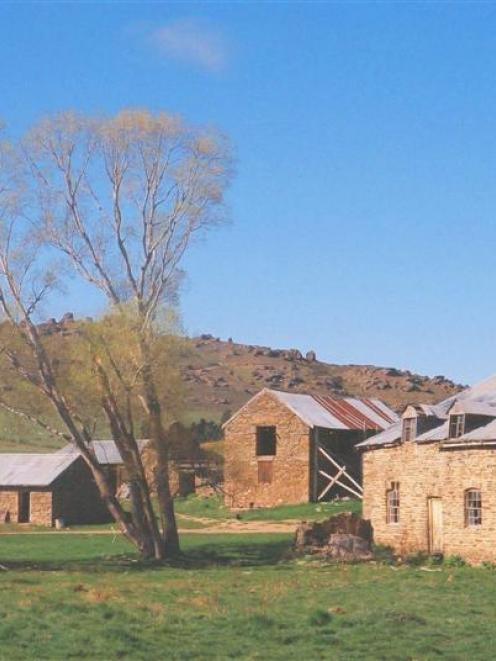 Butlers Farm near Alexandra.
A group of farm buildings at Fruitlands, known as Butlers Farm, is being restored to its former glory and may end up as a venue for weddings or conferences.

The New Zealand Historic Places Trust has given $40,800 towards the project, pleasing property owner Nick Taylor, a Wellington pilot.

Mr Taylor said the restoration project would be a long and costly one and he appreciated the support from the trust.

The group of buildings south of Alexandra includes a stone homestead, a barn and other outbuildings.

The farm was established in the early 1870s and in the 20th century it was associated with orcharding, after which the district is named.

The grant will cover the cost of a building and site survey, conservation plan, archaeological assessment and engineering report.

Mr Taylor bought the property in September and said the grant would be a great help with the preparatory work needed before restoration began.

He declined to speculate on the cost of the entire project but said it would be expensive and done in stages.

"The cost depends on what I can and can't do with the site eventually and will depend on the decisions along the way.

The aim is for a tourism-based venture, maybe using the complex as a venue for weddings or conferences in the future."

He had often holidayed in the area as a child and eventually planned to live on the site.

Survey work is under way and an archaeological and engineering assessment was next on the agenda, Mr Taylor said.

Mr Graham said the farm was also used for dairying when the industry was in its infancy.

John Butler had bought the farm in 1878 and later moved into orcharding.

The venture failed because of harsh winters and in 1928 the property was converted back to farming.