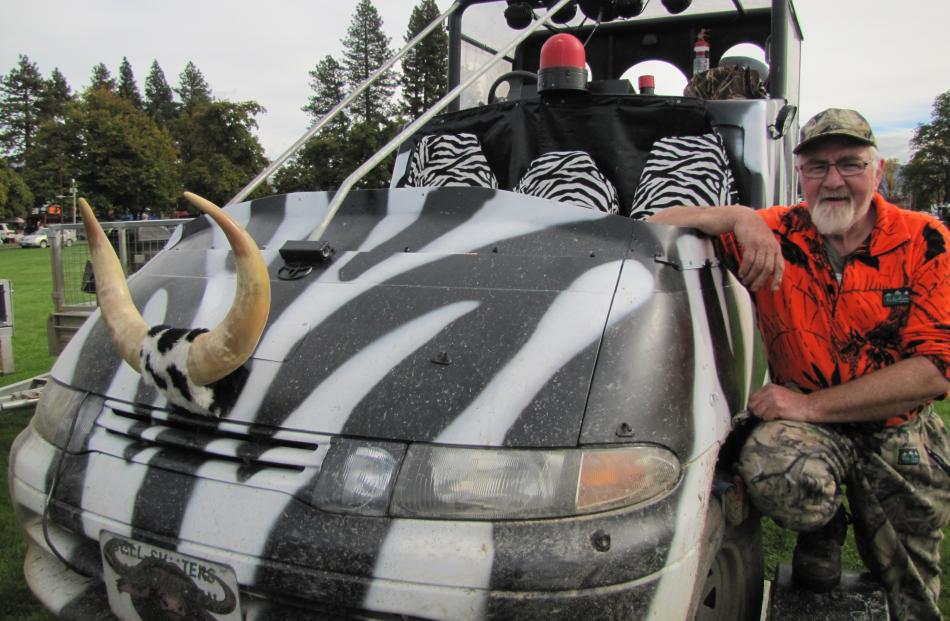 Robert Evans, of Invercargill, of the ``Hokonui A Team'', shows off his prize-winning vehicle. Photos by Pam Jones. 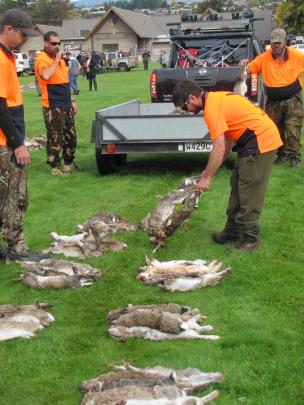 Members of the East West Bunny Boppers, of Greymouth, line up their rabbits at the end of the Great Easter Bunny Hunt in Alexandra on Saturday. 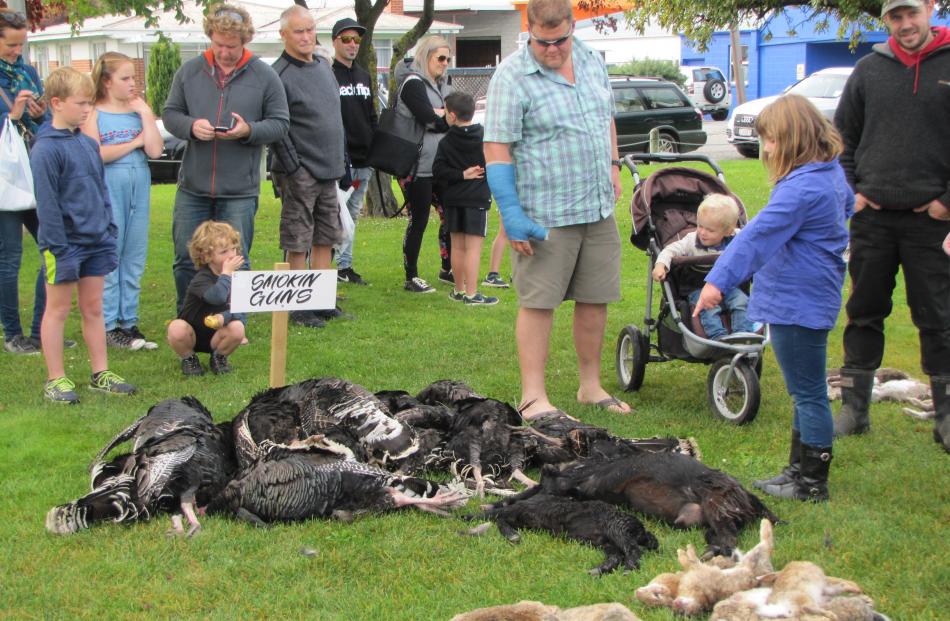 Members of the East West Bunny Boppers, of Greymouth, line up their rabbits at the end of the Great Easter Bunny Hunt in Alexandra on Saturday.

Central Otago's bunny-hunting vehicles were topped by an African-themed creation at the Great Easter Bunny Hunt at the weekend.

A zebra-painted, modified Toyota Estima People Mover won one of the top titles at the event, best vehicle, and a swag of admirers.

The vehicle was entered by the Hokonui A Team and modified by Robert Evans and his nephew Dean Evans, both of Invercargill.

The Evanses repaint the bunny hunt vehicle with a different theme each year, mostly following some kind of camouflage design.

The vehicle had the top cut out of it and the steering and brakes moved from the front of the car to the centre top, where the ''driver sits up high where he can see everything and run the show'', Robert Evans said.

Zebra-themed covers and bull's horns on the front were additional flourishes, and the vehicle also had three gunholders at the front, four LED lights, two floodlights and a laser pointer, Robert Evans said.

The annual bunny hunt is organised by the Alexandra Lions Club and raises about $10,000 for community causes each year.

This year money would be donated to the Wanaka, Cromwell, Alexandra and Omakau Volunteer Fire Brigades, which all had first response units, Lions club member Dave Ramsay said.

This year slightly fewer teams took part in the event than last year. Fewer land blocks were available, because of landowner uncertainty about the release of the K5 virus, Mr Ramsay said.

The winning team was the E-radicators, of Rangiora, which shot 875 rabbits.