No only did Ida Valley brothers Graeme and Al McKnight’s farm provide the backdrop for the film, their cattle played a staring role. PHOTO: NETFLIX
Filming of Jane Campion’s  The Power of the Dog involved 290 extra roles — 55 in Dunedin, 60 in the Ida Valley and 55 in Oamaru — plus dogs, horses and assorted other animals. Tracie Barrett looks at what was involved for extras, both two- and four-legged.

Maria Shea is no stranger to extra work on film sets, having spent one day as an orc with misshapen features and oversized feet for Sir Peter Jackson’s Lord of the Rings trilogy.

Her compensation for that day, and her status on set, paled beside that of her family’s rescue dog Frank, one of three dogs used in filming Jane Campion’s latest movie, The Power of the Dog.

Mrs Shea said Frank was not only paid far more per day than she had earned as an extra, but more than she made per day in her regular job.

‘‘I’m not sure if that’s a reflection of how poorly I’m paid or how well he was paid,’’ she said with a laugh. 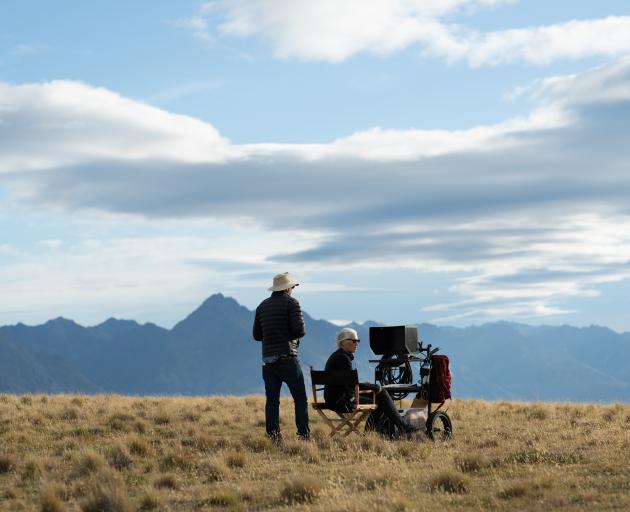 The Power of the Dog writer/producer/director Jane Campion and associate producer/first assistant director Phil Jones film against the Central Otago landscape. PHOTO: KRISTY GRIFFIN/NETFLIX
Frank was invited to interview for Campion by dog wrangler Gary Wulff, who had met him at pet day at the school his daughter and Mrs Shea’s son both attend.

Mr Wulff said Frank was one of three dogs he worked with on the Maniototo film set, alongside a pit bull cross named Skyla and a border collie named Ace whom the professional dog trainer and animal behaviourist referred to as ‘‘the hero dog’’.

He said he spent an hour talking to Campion to convince her that Ace, who belongs to his behaviourist assistant Victoria Pagan-Blackler, should play the role. In classic Hollywood tradition, Ace stole the show and landed the part.

‘‘While we were discussing which dog was going to be the hero dog, Ace jumped out of the back of the car and ran and started swimming in one of the ponds,’’ Mr Wulff said.

‘‘I saw him out of the corner of my eye and called him, and he came back and sat beside me like a good little schoolboy.’’

Campion was impressed by Ace’s ability to take direction, and the 10-month-old border collie was contracted to play alongside screen stars Benedict Cumberbatch, Kirsten Dunst, Jessie Plemons and Kodi Smit-McPhee . 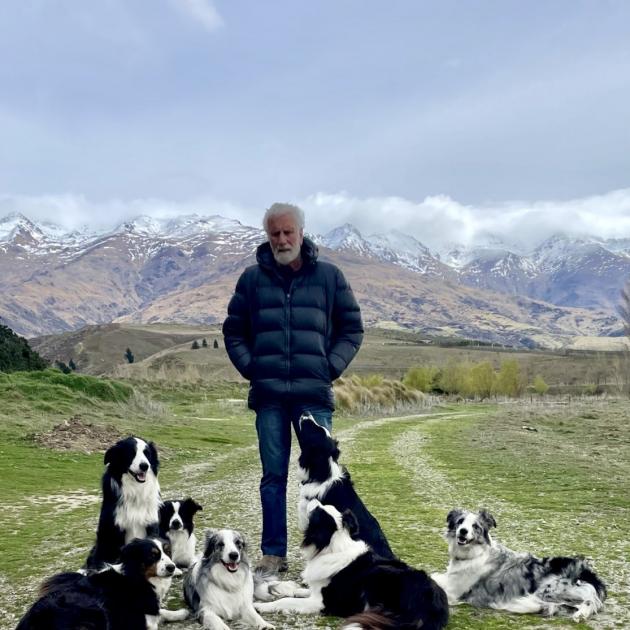 Mr Wulff said the scenes were quite complex but Ace gave Campion ‘‘all she wanted and more’’.

Tony Glynn, a human extra on the film, played a role that was second nature to him.

The Rural TV founder, director and presenter was one of many extras employed to play farmhands, a role he knows well having spent most of his life on farms and as a shepherd. Mr Glynn grew up in western Southland on a sheep and beef property and now farms just over 40ha south of Luggate.

He has worked on many films, TV series and commercials and downplayed the chance he had to rub shoulders with Campion and the other stars of the new movie, which opened in New Zealand on Thursday and will be available on Netflix from December 1.

Campion was fantastic to work with and always friendly to everyone, as were other Hollywood A-listers Cumberbatch and Dunst, Mr Glynn said. He was ‘‘too scared to say gidday’’ when he sat beside Dunst but did not realise who Cumberbatch was when they first met.

Campion initially planned to make the film in Montana where it is set, or somewhere similar in the United States or Canada, but decided the sparsely populated, grassy plains and rocky mountains of Central Otago were a remarkable match for Montana. 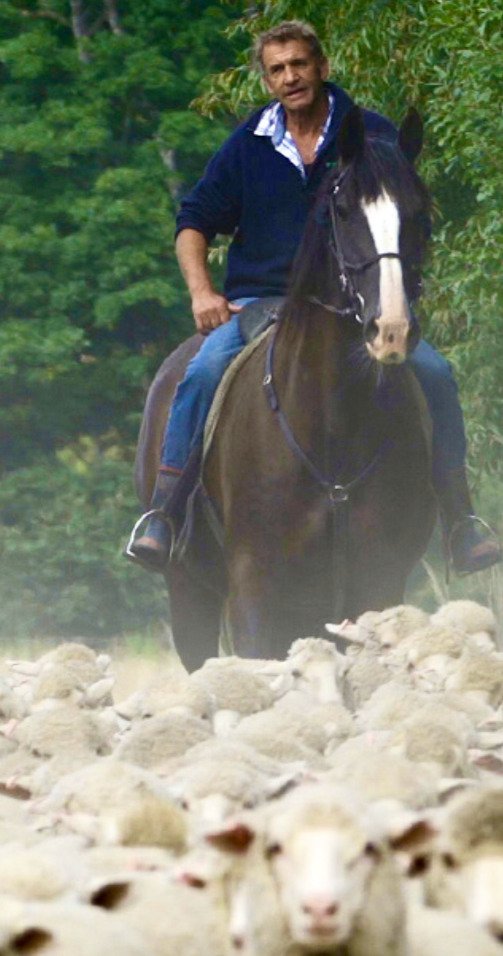 Tom Glynn got to rub shoulders with director Jane Campion and the other stars as an extra on the set of The Power of the Dog. PHOTO: JOE FOUNTAIN/RURAL TV
Campion said while on location search she was taken to a property near the Hawkdun Ranges area in Central Otago with which she fell in love.

‘‘It’s so remote and it’s 360 degrees empty with an amazing hill range behind it that felt very atmospheric,’’ she said.

That property was Braeside, a 5500ha sheep and cattle farm owned by brothers Al and Graeme McKnight and Al’s partner, Philippa Pope. Pre-production for the 24 days of filming in the Maniototo included dismantling an existing set of sheep yards and building a Western-style barn, homestead, cattle corral, cowboy quarters and saloon, Ms Pope said.

The construction crew dismantled everything once filming at the property was complete, and rebuilt the sheep yards to the original design but with new materials.

Graeme McKnight said the majority of the livestock used during filming on their property was supplied by Braeside, specifically all of the cattle.

‘‘The main thing for us was the biosecurity side of not bringing other cattle on to our property,’’ he said.

The Royal Hotel in Naseby was one beneficiary of those stays. Co-owner Jan Rutherford said the influx of cast and crew staying in the small town fed through all the local businesses.

‘‘It gave us a real buzz and helped the community during the shoulder season,’’ she said. The owners of Braeside said they enjoyed the involvement of many community members in the film’s production.

‘‘A lot of locals got opportunities out of it and made a few dollars out of it,’’ Graeme McKnight said.