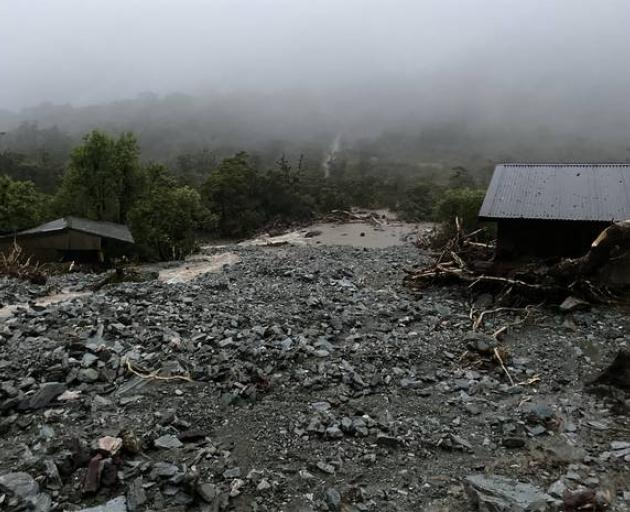 Howden Hut after a landslide plowed through part of it on the Routeburn Track. Photo: Grace Houpapa
The Department of Conservation could lose over a million dollars in refunds for hikers after storm damage forced the closure of two hugely popular Great Walk tracks.

And economic impacts to the local tourism industry are also still being assessed, with private guiding companies, transport operators and accommodation providers affected.

DoC announced the world famous Routeburn Track will be closed for the "foreseeable future" and Milford Track until at least the end of February, following the devastating storm that saw over a metre of rain fall in parts of Fiordland in just over a 60-hour period causing major flooding and landslides, trapping hundreds of tourists and trampers.

Great Walks the Routeburn and Milford suffered major damage, with dozens of visitors needing to be evacuated by helicopter.

On the Routeburn, a landslide crashed through Howden Hut, with a hiker - one of 31 seeking shelter inside - telling the Herald it was lucky nobody was killed.

DoC announced last week the Routeburn would not reopen for the rest of the season - which ends on April 30 - and remain closed for the "foreseeable future".
Both the Milford and Routeburn are incredibly popular, recording nearly 50,000 bednights between them last season raking in close to $4m in revenue for DoC.

The Milford, which generally takes three nights to complete, is completely sold out for the full season from October 29 to April 30, with huts costing $70 a night for New Zealand citizens and $140 for international visitors. 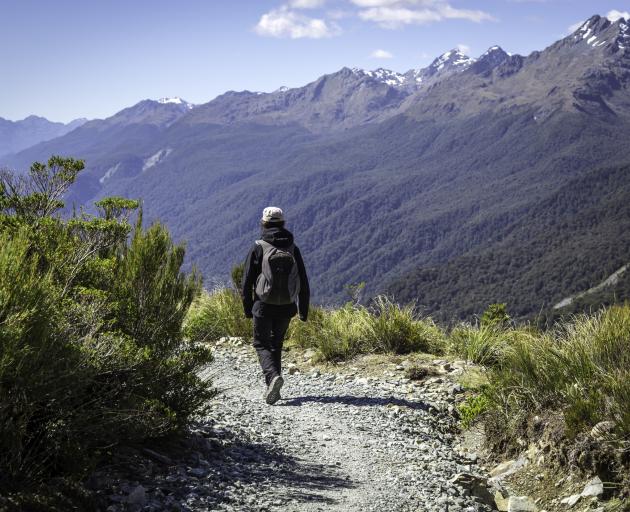 Key Summit on the Routeburn. Photo: Getty Images
The Routeburn, which is generally completed over two or three nights, is full over most of the holiday and peak summer periods, but is largely booked out for the season. Huts there cost $65 a night for New Zealand citizens and $130 for international visitors.

DoC southern South Island operations director Aaron Fleming said they were still assessing the extent of the track and infrastructure damage, and were hoping to open some sections of the tracks this season.

Parts of the Milford could be reopened once the Southland Civil Defence State of Emergency was lifted, and a decision was expected early this week, Fleming said.

Meanwhile, the Routeburn has sustained "very significant damage", with landslides cutting off tracks and bridges and partially destroying Howden Hut.

"Whatever we are able to open up won't be the exact experience, so whoever would like a refund for those periods is able to get one."

Last season DoC's Great Walks pulled in over $9m in revenue - up $2.4m from the previous year, largely due to introducing differential pricing where international guests paid twice the hut rate for New Zealanders.

The losses from this season's closures were yet to be quantified, but Fleming said "any loss of revenue" would impact their ability to run operations.

With climate change forecast to bring more severe weather to the region, Fleming said making sure infrastructure was in the right place and more resilient to weather events was a focus of their rebuild efforts.

"This has given us the opportunity to rethink some of the infrastructure out there and maybe do things differently, whether that is location of the huts or design of bridges."

There were also plenty of other options in the area that not been closed following the storm, and Fleming encouraged those with travel plans not to cancel. 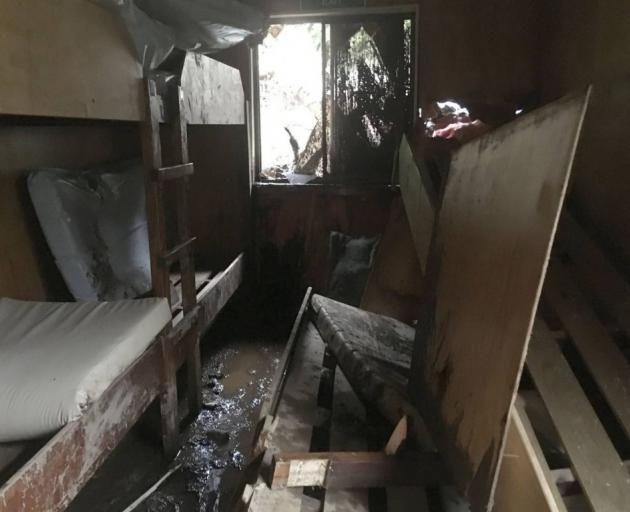 Storm damage at Howden Hut on the Routeburn Track. Photo: DoC
The Kepler Great Walk - DoC's most valuable during the 2018/2019 summer season bringing in $2.17m revenue - remained open and operational although due to its popularity space was limited.

The Hump Ridge Track in southern Fiordland and Rakiura on Stewart Island were other Great Walk options, along with dozens of short hikes and day trips.

Southland District Mayor Gary Tong said the closures would impact on the guiding industry and other businesses associated with the great walks.

The district was still under a state of emergency following the flooding, with major repairs needed to the road network including the highway to Milford Sound, which is expected to cost millions.

However, he too encouraged tourists and New Zealanders alike not to cancel any travel plans.

"Fiordland is still very much open for business. It is just those main tracks closed, but there are plenty of beautiful places to explore."