Getting people to hospital within the ‘‘golden hour’’ is critical, Jim Jerram says. 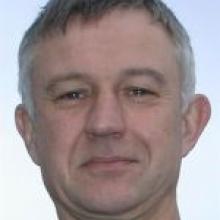 Jim Jerram
So the Waitaki Valley Medical Trust chairman was ‘‘thrilled’’ to receive news this week that Land Information New Zealand (Linz) had approved the transferral of a piece of Crown land neighbouring the Kurow Medical Centre to the Department of Conservation to be developed into an emergency helipad.

At present, emergency helicopters land near the Kurow rugby grounds and patients are taken there — a 1.4km journey — by ambulance from the medical centre.

‘‘It’s not only very inefficient, but it’s delaying sometimes critical timing to get patients to tertiary care in Dunedin or elsewhere,’’ Dr Jerram said.

The Waitaki Valley Medical Trust identified a need for a helipad several years ago, but clarification of the land titles had been a ‘‘messy process’’, he said.

The trust owns the Kurow Medical Centre buildings, which are on a reserve vested in the Waitaki District Council, but the land for the helipad, originally part of Kurow Branch Railway which was decommissioned in 1983, was declared Crown land in 1985.

It will now be transferred to Doc as a reserve, and will have the same status as the medical centre land.

Dr Jerram said the helipad, which would only be used for medical emergencies, was part of the Waitaki Valley Medical Trust’s greater plan to develop a new fit-for-purpose, ‘‘comprehensive health centre’’ in Kurow.

The number of GPs in New Zealand was predicted to drop over the next five years, and the trust wanted to make sure the Waitaki Valley had ‘‘an appropriate facility that will attract primary health caregivers in the long term’’.

Kurow Medical Centre practice manager Juliet Gardner said on average, one to two patients were airlifted to hospital every month.

‘‘You don’t know when an emergency situation is going to happen, and just knowing that we’re going to have that helipad close by is such an asset for everyone — casual and enrolled patients alike,’’ Mrs Gardner said.

While it had taken a long time to resolve, Waitaki MP Jacqui Dean, who had supported the trust to get clarification over the land, said she was ‘‘beyond excited’’ for the Kurow community.

‘‘Patient welfare will be greatly improved by a much more seamless transfer from the care of the [medical centre], into the helicopter and on to hospital — so it’s very good news for residents and visitors alike.’’

Essential services staff and volunteers in Kurow worked ‘‘really hard’’ and the helipad would be a ‘‘wonderful addition’’ to support their work, she said.