Board told of procedure for protecting notable trees 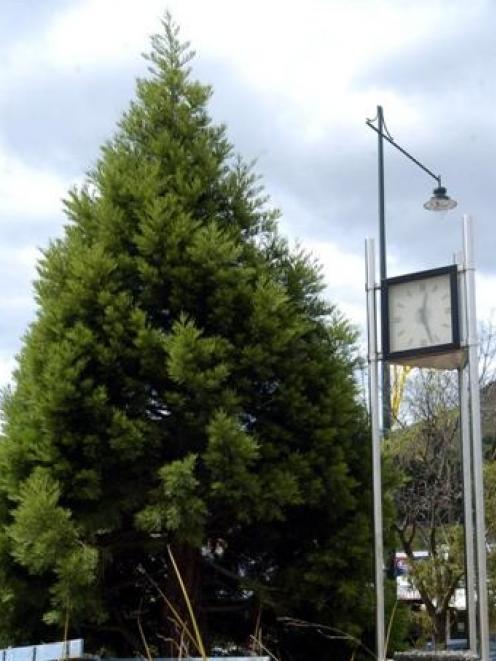 The sequoia by the clock tower in the Palmerston town centre was planted at the time of the centenary of the former Waihemo county in 1982. Photos by Bill Campbell. 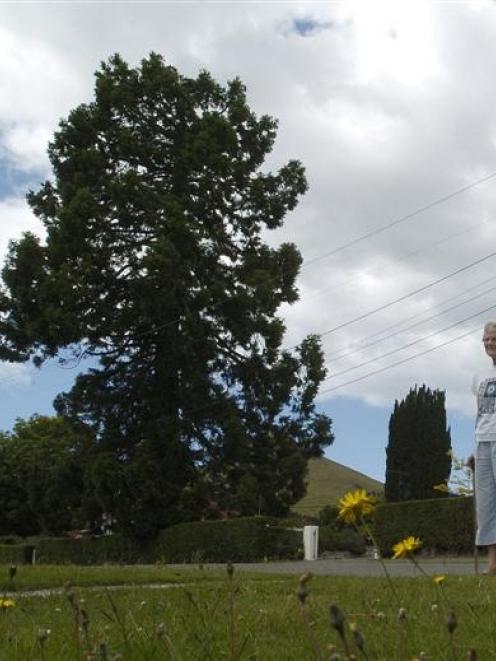 Palmerston resident Hilary Gray stands outside St Mary's Anglican Church grounds. She wants the large sequoia there cut down.
The procedure for listing a notable tree in the district plan was explained to Waihemo Community Board members this week.

The board was told trees could be protected after consultation and "due process''. The discussion followed a recent controversy over the proposed removal of two sequoias - in the Anglican church grounds and in the Palmerston town centre.

Public forum speaker Bill Illingworth, of Palmerston, told the board he was concerned several trees were blocking footpaths. He planned to make a submission to the Waitaki District Council's annual plan meeting.

Palmerston people had approached Waihemo Community Board member Ken Brown asking what the procedure was for when they wished to have a tree placed on the protected tree register. Mr Brown requested a statement from the Waitaki District Council officers on the issue.

The listing would undergo the plan change process prescribed in the Resource Management Act.  The right to lodge submissions and the right of appeal were protected by the Act, Mr Chandra said.

The process was time-consuming and costly and initiated only when directed by the council.  A request by an individual or an organisation to the Waitaki District Council to protect a tree was placed on a list of probable plan changes and variations for consideration by the council.

Preliminary consultation, including consultation with the landowner(s) and an assessment of the tree, were undertaken. Staff recommendations were made to the council.

If the council decided that there was public good in including the tree in appendix B of the district plan, then it was placed on the list of plan changes. Due consultation with all affected parties would be necessary during the process.