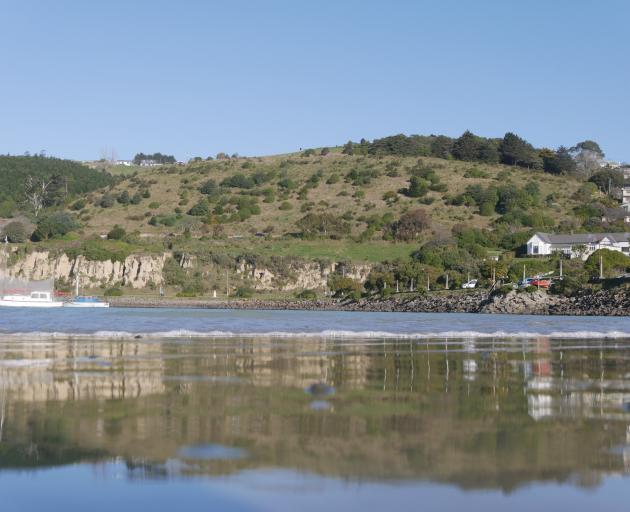 Forrester Heights in Oamaru. PHOTO: ODT FILES
The Friends of Oamaru Harbour have filed a 49-page complaint with the Ombudsman challenging the Waitaki District Council’s Forrester Heights consultation process and subsequent decision to explore options for a sale.

Last week, councillors voted 6-3 in favour of selling the 2.5ha of endowment land overlooking Oamaru Harbour and using the funds for community benefit.

After the vote, Friends of Oamaru Harbour co-ordinator Vicki Jayne said the group was "very disappointed" in the council’s dismissal of a strong public mandate for Forrester Heights to be made a reserve.

About 70% of the 905 submissions supported reserve status, while 30% were in favour of a sale.

The complaint, which was sent yesterday, alleges violation of several sections of the Local Government Act.

The group said the council did not present a fair analysis of the issues, and has made allegations of omissions and falsehoods in the consultation document, which it describes as "a slick and deceptive attempt to promote the idea of selling off this public land for luxury housing".

"The individuals controlling WDC had a pre-determined outcome for the public consultation and actively obstructed efforts to fairly inform the public and the council itself," the complaint reads.

"If a truthful analysis of the options had been presented in the WDC’s information, the majority favouring a reserve would doubtless have been much higher, very likely being so high that the council would have been compelled to respect the public’s wishes and vote on 28 June to retain the land."

The complaint asks the Ombudsman to find the consultation invalid and rule that a new consultation should be held before any action to sell the land.

Linton Winder, who wrote the complaint on behalf of Friends of Oamaru Harbour, said the lobby group raised 16 questions with the council during the consultation process, and 15 of them remained unanswered.

This meant "the councillors have not been provided with the information that they need to make a rational decision".

The group had few other options left but to lay a formal complaint with the Ombudsman.

"We’re hoping that the council ... don’t progress the sale, but as a lobby group there are only so many options that we have."

"The obvious one is the Ombudsman. There’s no point in us writing directly to the chief executive, because we’ve done that throughout the consultation process, and they completely ignored everything," he said.

Waitaki Mayor Gary Kircher believed the consultation process was "very comprehensive", and the public was given access to "as much objective information" as the council could provide.

"It was democratic, allowing people to let us know what their preferences were and what their concerns might be with the options available."

However, the group was "fully entitled" to make their complaint and that right was an "important aspect of the democratic process".