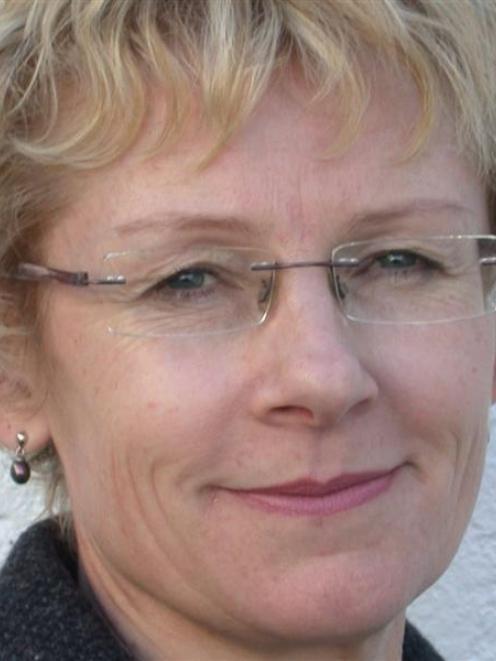 Robyn Wells.
A loan of up to $17 million as an investment in economic development will be made by the Waitaki District Council to the North Otago Irrigation Company, providing enough farmers buy shares in the second stage expansion of the scheme.

However, while making a loan available was approved unanimously, the amount was opposed by Cr Hugh Perkins, who wanted less invested.

The decision yesterday delighted company chief executive Robyn Wells, who said: ''The confidence shown [by the council] in making this investment should assure the community that there are wide-ranging benefits that extend beyond the farm gate.''

But some others were not so delighted, including ratepayers who were opposed and put strong views in the public forum before the vote.

In 2005, when the scheme was built, the council lent the company $10 million, with compounding interest, to ensure enough infrastructure was built for a second stage of 10,000ha, in addition to the original 10,000ha.

That has now grown to $12.7 million, which will be included in the loan of up to $17 million, to be available from July 1 next year.

That is subject to conditions, the major one being that enough of the 7500 shares in the second stage are sold to raise $14 million from farmers before the loan becomes available.

If that does not happen, the existing loan and its interest has to be paid by the original maturity of January 2016.

Two major changes to the original proposal approved in principle by last month were reducing the loan from $22 million to $17 million and ASB Bank, the other major lender, agreeing the council's loan would rank alongside it in terms of security, not behind it.

All councillors supported the loan, but Cr Perkins attempted to cut the total to the amount of the existing loan and interest as at July 1 next year.

The council will be investing depreciation funds it would normally invest at banks, but at a higher rate of interest.

Adding to the loan would leave the council with about $500,000 in depreciation funds.

Cr Perkins said if the council needed more than that it, would have to borrow from the bank at a higher interest rate than it was receiving from the irrigation company, thereby subsidising farmers on the scheme.

That failed, but he did succeed in adding to the terms of the loan that, when 100% of shares were sold, the council would renegotiate the loan to commercial terms. Cr Perkins said that signalled the loan was ''not an indefinite commitment''.

Mrs Wells said that was acceptable to the company and it would be ''absolutely delighted'' if all the shares for the 20,000ha were sold sooner.

An assessment by ASB of the scheme, outlined at the meeting by its national rural corporate manager responsible for the irrigation sector, Ray Parker. He said about six banks had lodged proposals, an indication of the strong confidence in the company.

• Farmers have to invest a minimum of $14 million in stage 2.

• Loan up to $17 millionAvailable to company from July 1 next year.

• Interest rate set May 31 each year for following year.

• Commercial loan terms to be negotiated if 100% of shares sold before maturity.