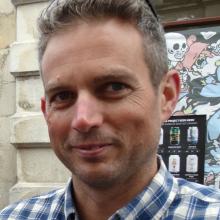 Neil Jorgensen
After months of uncertainty, the Department of Conservation has approved the possibility of a new ambulance station at Awamoa Park in Oamaru.

In May, when the public first heard about the emergency rescue organisation's plans for a purpose-built ambulance station for Oamaru within the park, it was not popular with some people.

St John in June physically marked out the footprint of the building it wanted to put up beside State Highway 1.

"The Department of Conservation's land records showed the land was vested as a recreation reserve managed by the Waitaki District Council, which meant part of it would have to be reclassified to allow the ambulance station to proceed," Mr Sharman said.

"The Waitaki District Council approached Doc in August with a consultant's report questioning the `reserve' status. It believed the land was in fact council freehold land.

"Doc has continued working with the Waitaki District Council over the correct status of the land. Given that it is not clear from the information available if the land is in fact reserve, we have this week advised Waitaki District Council that if they wish to proceed with the development on the basis that the land is freehold (not reserve) we would not oppose that approach."

In June, the Otago Daily Times reported St John documents showed it wanted a public consultation and the granting of a resource consent to occur this year, and an aspiration to complete the project by the second quarter of 2021.

Council assets group manager Neil Jorgensen yesterday confirmed that timeframe was impossible, but said the delay was "just part of the process".

Council officers were working on what the next steps in the process would be, and it would be at least February before officers would be able to bring anything forward for council consideration.

At the beginning of the month, through a spokeswoman, St John's property team declined to comment on the proposed ambulance station until the council and Doc provided more information on the status of the land.

She did not immediately respond to a request for comment yesterday.

St John is a private entity providing services via MoH , DHB and ACC contracts. For any such entity to use these grounds is inappropriate . What would happen when the Government merges the provision of Ambulance services to FENZ?
What would happen if the provision of emergency Ambulance services contract was provided to another organisation(s)?
The parties involved need to take stock of the real circumstances.