By Daniel Birchfield
0 Comments
Reports of suspicious drones hovering around properties in and around Oamaru, including Oamaru Airport, are cause for concern, a New Zealand Air Academy chief flying instructor says.

In recent weeks it has been reported to the Otago Daily Times and through social media that drones have been spotted flying near or hovering over properties in Oamaru and rural locations at night.

While flying near Ashburton on August 30, he was contacted by radio and told three drones had been seen flying around Oamaru Airport, including one over a grass runway, about 8.40pm. 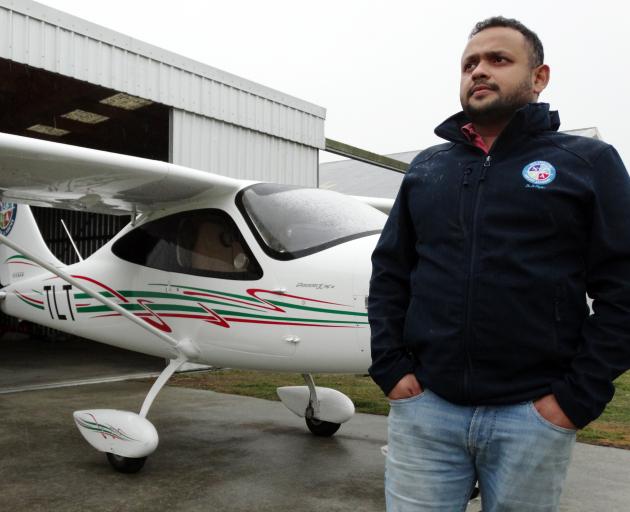 Oamaru-based New Zealand Air Academy chief flying instructor Celroy Mascarenhas says flying drones near Oamaru Airport could result in disaster. PHOTO: DANIEL BIRCHFIELD
A nearby property owner had contacted one of the academy's students, who informed another flying instructor, who was flying in Oamaru at the time.

The instructor immediately landed his plane before Mr Mascarenhas touched down in Oamaru about 15 minutes later, without incident.

The drones had disappeared by that time, and flying resumed.

Mr Mascarenhas said the instructor felt it was safer to land straight away.

"Sometimes these drones can be hard to spot from the air, particularly if an operator chooses to turn off their lights. It's very unfortunate that that's happening, because it could potentially lead to an accident. There's potentially a group doing this."

He was concerned it may become more common as drones became cheaper and more
readily available.

Drones bought in New Zealand often came with Civil Aviation Authority information about safe and responsible use, but those bought overseas did not, he said.

Authority rules state a person must not operate a remotely piloted aircraft on or within a 4km radius of any aerodrome, such as the airport and Oamaru Hospital helipad, unless agreed to by the aerodrome operator.

Another incident was reported in Arun St about 9pm on Tuesday, when a person saw a drone outside their house.

They were shaken by the sighting and described it as "creepy" and "invasive".

A drone was recently seen near Orwell St, and others had been spotted in north Oamaru.

Sergeant Blair Corlet, of Oamaru, said instances of suspicious drones had been reported in the past.

"Drone operators need to be aware it's a breach of privacy if there is a recording device on their drone to film around other people's property. It is an offence."

The incident will be reported to the authority.