By Jono Edwards
0 Comments
A ferret is the likely culprit in the killing of three yellow-eyed penguin chicks at Moeraki.

Nearly all of the 49 chicks born at the two Moeraki colonies were put in the care of Penguin Rescue early this month after three were found dead.

Staff said human intervention was the only way to keep them safe.

Yellow-eyed Penguin Trust conservation science adviser Dr Trudi Webster said the finalised version of the necropsy had not come out yet, but initial findings were consistent with a ferret predation event.

"The vets that do the necropsy up at Massey could tell from the spacing of the puncture wounds from the teeth, and also the size of the size that the chicks were — the chicks were 4kg — so this was a larger predator, so yeah, it's most likely that was a ferret."

Ferrets were introduced to New Zealand from Europe in the 1880s, to combat rabbits. 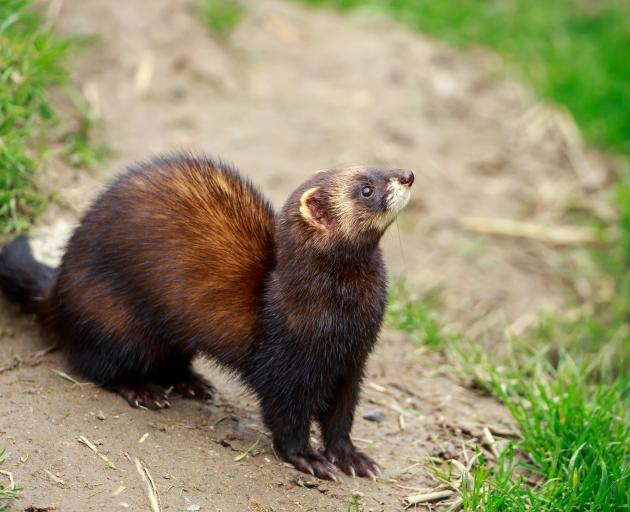 "And obviously they weren't from New Zealand, so they're a big problem for our native wildlife, including the yellow-eyed penguin.

"Ferrets are actually known to return to the scene of the crime, so if they do go back to where they have found hoiho chicks before, they're likely to kill again and obviously that leaves a lot of those hoiho chicks vulnerable to predation."

The colony had some trapping programmes to combat invasive predators, she said.

Penguin Rescue manager Rosalie Goldsworthy said the chicks were taken from their nests, as they were of an age where the parents hide them, and use their camouflage so they can both go out of sea and go fishing, so they're home alone.

"We called in predator control experts and they helped us reset our trap lines, but they said there's no guarantee with the trapping."