Fire investigation fails to identify cause 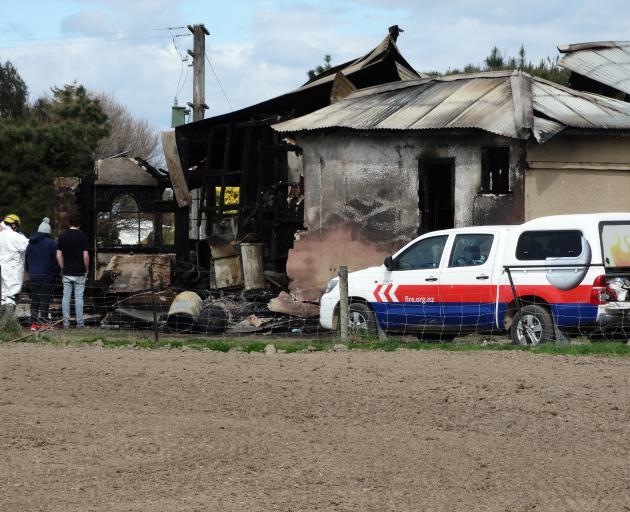 Two appliances from the Oamaru Volunteer Fire Brigade were called to the scene in Corbett Rd, between Pukeuri and Hilderthorpe, at 10.15am on September 26 after the fire was reported to Fire and Emergency New Zealand.

The blaze was brought under control about 11.30am and fully extinguished about an hour later.

However, an exact cause has not been established.

A redacted incident report, released to the Otago Daily Times after an Official Information Act request, detailed the movements and the actions of the fire crews that tackled the blaze at the three-bedroom rented property.

It confirmed the house did have working smoke alarms, though not in the lounge, where the fire originated.

The heat source and indicated cause were listed as "unable to classify" in the report, which said the house was "totally involved" when fire crews arrived seven to 10 minutes after being alerted.

Dallas Thomson (19), one of two people who lived at the property, told the Otago Daily Times the day after the fire he was left "speechless" by the sight of his home burning.

"I thought `is this a p...-take?' I was actually at home about five or 10 minutes beforehand - I got the call and then shot back. I was kind of speechless. I was thinking I was one of those people that kind of thinks this won't happen to me. I drove past the gap in the fence and thought `Oh my God, the house is actually on fire'. I just couldn't believe how fast it got up."