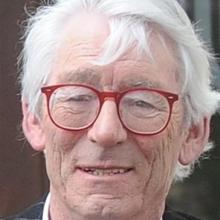 When the 1882 public art gallery - closed for maintenance since the end of last year - reopens in March next year, council documents show the planned opening exhibitions will feature "Dawn Raid: Educate to Liberate", a touring exhibition about the 1970 raids on Pasifika "over-stayers".

"We've had the gallery closed for 18 months," he said.

"Dawn Raid - would that be the ideal celebratory popular reopening? Is there an intention to have such an exhibition?"

Ms Macknight said some items from the gallery's permanent collection - stored on-site in a sealed, temperature-controlled room - could be part of the displays planned for upstairs.

But the Dawn Raid exhibition was an important one, especially considering the Waitaki's demographics, and due to the closure the gallery had missed out on the touring exhibition earlier.

A targeted reopening of the gallery in July 2019 was also approved at that time. In June, it was announced it would not reopen this year.

The council's quarterly financial report notes spending on remediation in the Forrester Gallery and the ongoing refurbishment works at the North Otago Museum had "together cost an unbudgeted $74,000 during the period".

The Otago Daily Times asked how much had been spent on the gallery since it closed. A council spokeswoman said the information would go to councillors first and would not be available this week.

I fear that no-one at Waitaki DC has even read the legislation on official information. "We want the Councillors to see it first" is not a lawful grounds under LGOIMA to withhold public information on the spending of public money from the ODT (and thus the public).