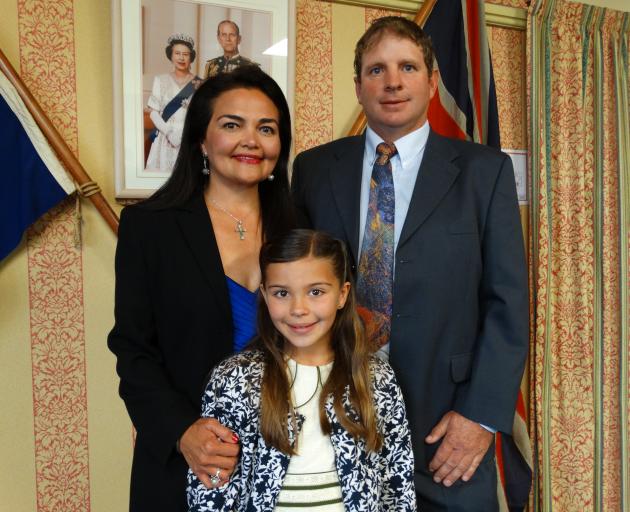 Originally from Chihuahua, in northern Mexico, she was one of 11 Waitaki residents made citizens of New Zealand at a ceremony at the Waitaki District Council chambers in Oamaru yesterday.

Mrs Williamson first came to New Zealand 11 years ago, when she visited future husband Henry's family at Birchwood Station in the Ahuriri Valley.

She met Mr Williamson, a high-country farmer, when he worked in Mexico selling sheep and cattle.

Mrs Williamson's family ran a catering business at the time, and she worked there.

The couple now farm a property between Omarama and Twizel, where Mrs Williamson said she felt right at home.

"I think New Zealand is a beautiful country. It's clean and green. The people are very kind.

She said her home country could not be any more different from New Zealand, from the language to the food, to the culture and everyday way of life.

"I have learned a lot. Mexico is just so different in every way.''

Each was presented with citizenship documents. Individuals and the Gonzales family were given pot plants.

The new citizens were welcomed by Waitaki Mayor Gary Kircher and via video by Governor-General Dame Patsy Reddy, before the Oamaru Intermediate School choir performed the national anthem.