'Devastating': Shock after man shot dead by police in Kurow

The man in his sixties shot dead by police late last night in North Otago had no history with police and has been described by a neighbour as a ''quiet and very nice guy''.

He was given medical treatment by police and flown to Dunedin Hospital, where he died in the early hours of the morning.

His name has not been released.

A shocked Freyberg Ave resident, who did not want to be named, said he had known the man for several years and described him as a ''quiet and very nice guy''.

''He is a great guy. He was working down in town there. He was a very quiet guy and a very nice guy to talk to.

''There was nothing out of the ordinary about him at all. As far as I was concerned . . . I never thought anything like that would happen. I could not speak any more highly of him.''

Acting Southern District Commander Inspector Darryl Sweeny told media this morning police were called to reports the man had made threats of suicide, and became aware at the same time he had access to a firearm.

Initially one rural police officer was called to the address about 9.05pm, and he was joined by three officers "followed by a full support team".

Police were armed as a precaution.

"Unfortunately this event escalated in front of our people; it could have significant long-lasting effects on all involved." 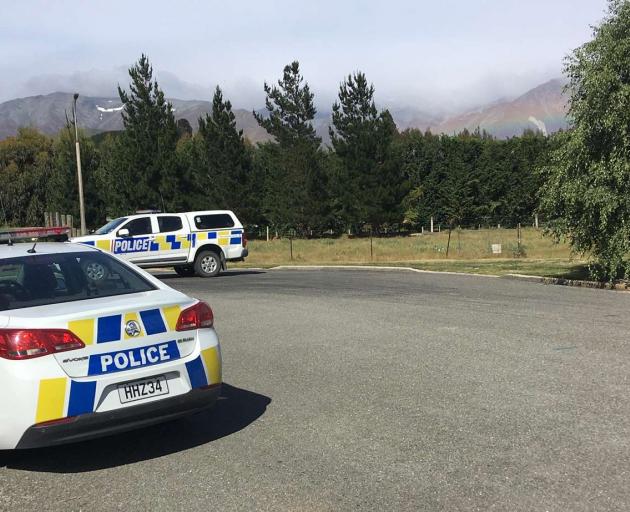 Police on Freyberg Ave where a man died after being shot by police last night. Photo: Daniel Birchfield

"A fatal shooting is an outcome that no one in the police wants or in the community.The man was not located until about 10.50pm, with his firearm, inside a Freyburg St property. Police were still outside at the time."

The armed offenders squad was  "activated" but did not reach the incident in time, and a negotiations team - who had the ability to work from anywhere -  was at Dunedin Central Police station to try to defuse the situation but were unable to make contact.

"Unfortunately about 11.50pm the man confronted police at the address, he was armed with a firearm and he was shot once," Inspector Sweeny said.

The man was not previously known to police; and Inspector Sweeny was unable to say whether the weapon was loaded or whether any threats were made. 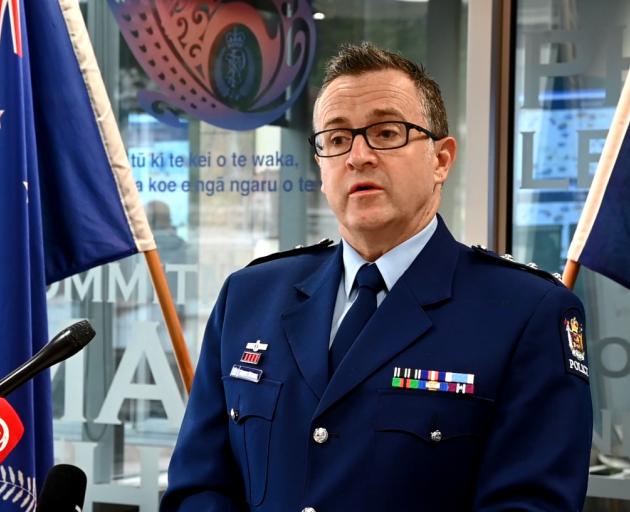 However he said the firearm was held, and presented at police. He was also unable to say where on his body the man was shot.

"I'd like to offer my condolences to the family affected, we've been in contact with them already and I'll be seeing them later today.

"The outcome today, I'll be clear, is something no police officer wants to see in the course of their duties."

There would be a critical event investigation, the IPCA had been informed and were also investigating, and the death would be referred to the coroner.

The finer details of what happened were being worked through by the scene examination, and there will be an update later today.

Both the police called to the incident and the man were being offered support.

"Police are liaising with the family of the deceased and Victim Support has been offered, and also full support to our people."

Police would remain at the scene for forensic examinations.

A reporter at the scene this morning said the man's property was in a quiet cul de sac. The property was cordoned off and there were two police vehicles on the street.

Ahuriri ward councillor Ross McRobie has offered his sympathies to the family of the man shot dead.

"It's very sad for the [Kurow] township and for the people involved, particularly family. It's devastating, and just a very sad time,'' Mr McRobie said.

"My condolences go out to everyone involved - family, police and other services that would've been required.''