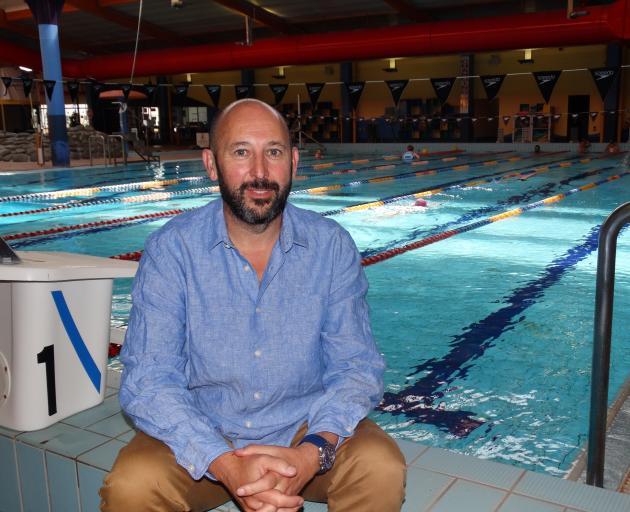 Like many before him, Matthew Lanyon found Oamaru almost by accident.

If the above anecdote is to be believed, as many in Oamaru will attest, then it is unlikely he will be going anywhere for awhile.

Originally from Christchurch, Mr Lanyon has worked in his industry for years — including a stint in the UK in the early 1990s as a lifeguard — which opened a door to his future career.

Before he moved to Oamaru with his family from Lake Tekapo in 2014, where he was a manager at Tekapo Springs, he managed or was involved in the design and build process of some of the largest aquatic facilities in Christchurch, including Jellie Park, the Pioneer Recreation and Pool Centre and Centennial Pool, which was demolished five years ago, after the 2011 earthquake.

After five years in Tekapo and with a growing family, his priorities changed and after a chance visit, decided to take the plunge and move to the Waitaki district.

‘‘Our children were getting a bit older, so we knew secondary school would have to be factored in at some stage. By accident, we came to Oamaru for a weekend and that led to where I am now.

‘‘I didn’t know anything about Oamaru. I had driven through it plenty of times but I’d never been. Susannah, my other half, was keen to come down and have a look at the Victorian fete and we thought ‘this town’s really cool’. We were living in a very small community in Tekapo of 350 residents, so moving somewhere that had 12,000 or 13,000 people felt like a big place. It had a community. It had a lot of primary schools and it had a lot of activities. It was a mix of a whole bunch of stuff.

‘‘Up there is obviously a tourism venture that’s focused on visitors, as opposed to the local community, so it’s very much a profit-driven outfit with a tourism bent, while what we’re doing here in Oamaru is running a community-owned facility.

‘‘When I first came to Oamaru I was amazed a town of 13,000 people had a facility of this calibre. When they built it 20-odd years ago, whoever was behind it had the foresight and vision to actually provide something that was going to do for a number of generations of people in Oamaru.’’

When he arrived the aquatic centre had about 120,000 people passing through the doors each year. That number was now 150,000, which was driven mainly by the successful swim squad and swim school programmes.

Casual use had also trended up, which meant a juggling act was needed to cater for both groups.

‘‘It’s the same challenge that pretty much every pool in the country faces.

‘‘People tend to want to use the pool between 3.30pm and 5.30pm, which is a bit like when you drive home from work and you hit peak-hour traffic.

‘‘That period of the day is very busy and we are constantly trying to manage our lane allocation for casual use versus programme use.

‘‘We’re trying to reduce the amount of space that we’re giving to our programmed activity, so it frees up more space for casual use. That seems to be working better than what it had been in the past.’’

While that was an example of how the aquatic centre had changed over the years, he said there was another perhaps more surprising change that boded well for the future of the facility.

‘‘I think the biggest thing has been us wanting to talk to our customers more and find out what they want to do — what works and what doesn’t work.’’