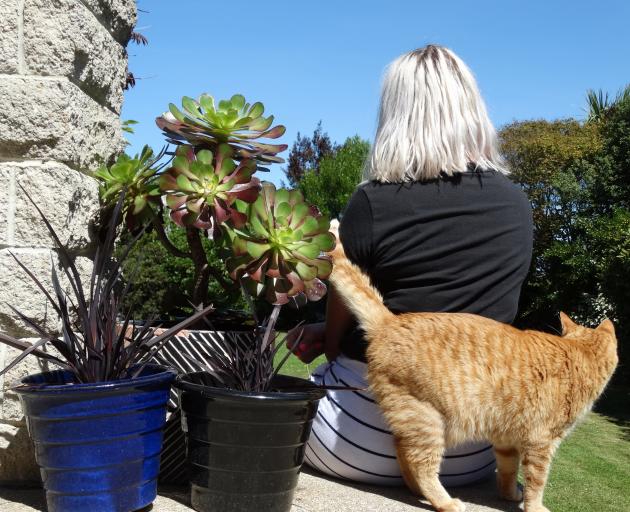 Jane* had always dabbled in recreational drugs without it impacting her day-to-day living.

But methamphetamine is no recreational drug — and what Jane thought would be a one-off thing, took over her life for three years and led to her two children being taken off her.

She lost two jobs after a string of absences, her physical and mental health took a dive, and many of her friends cut her off.

"I wasn’t the bright, bubbly, vivacious person they had always known. I had changed — and it wasn’t a good change."

Contributing to her "really big downward spiral" was the end of a 14-year relationship, with someone with whom she had a child and owned two homes.

"All of a sudden I found myself as a single mum, working full-time, and paying a mortgage on my own."

Her ex-partner worked overseas, and she had no family living with her in Invercargill. She described herself as isolated and broken-hearted.

During this vulnerable time, methamphetamine casually appeared in her house over drinks with a friend.

Then, it started creeping into her life.

"It got pretty bad, pretty quickly."

A coinciding abusive three-year relationship with her drug dealer made the situation worse.

"My mental health was already low when I met [him], and the meth seemed like an immediate high.

"I was addicted to the escapism."

Near the end of her methamphetamine addiction, her friends and family made calls to Oranga Tamariki.

She was put on a 60-day probational period, during which time she had to go without using drugs.

But she slipped up and three days before Christmas in 2019, her children were taken off her .

Rather than seeing her granddaughter go into foster care, Jane’s 67-year-old mother, who lives in Oamaru, put her life on hold to be her guardian.

Jane’s other child went to live with her ex-partner.

Once the kids were taken away, she went into a downward spiral and her methamphetamine use ramped up.

"I went into a black hole."

She questioned whether or not her children were better off without her, and contemplated suicide every day of three months they were gone.

She was given the opportunity to spend lockdown with her mother and daughter in Oamaru, which led to her regaining custody of her children.

"It was a huge blessing in my life. My heart and my life were intact again. I felt whole again.

"I was away from Invercargill, away from temptation. There was no risk of someone popping in. It wasn’t at my beck and call."

Once she made the decision that she was a worthy parent and would fight for her children, she had not experienced a single craving or temptation.

But she knew for most people, it was not that simple.

When she was in the throes of her methamphetamine addiction she resented her family and friends’ involvement.

Now clean, happy, and stable, that resentment had turned into eternal gratitude, and she had thanked "each and every one" of her friends and family.

Jane felt she could never repay her family, but nobody wanted a thing, all they wanted was for her to get better.

At the height of her methamphetamine addiction she could not see another option — but she wanted people to know there was a way out.

"There is a way out of it and things can and will change. Help and support is out there.

"Life it so much better and happier without [meth] in it."

She was able to enjoy last Christmas with her two children, and now lives with them in Oamaru in their new house.

A new support group to help families of methamphetamine and other drug users has recently formed in Oamaru.

Last year, Safer Waitaki, in conjunction with other healthcare, community and social services in North Otago, conducted a survey of what services were available for users of methamphetamine and their families and drew feedback from people they knew were affected by the drug.

In addition to long waiting lists for support services, they found an overwhelming number of people struggled with a lack of family support.

Oamaru family law barrister and Safer Waitaki member Nicky Sinclair had noticed an increase in methamphetamine use in Oamaru and seen the effects it had on the children, parents, grandparents and extended families of users.

"It’s not a big number of people using meth, but it’s a huge flow-on effect for families," Ms Sinclair said.

"We are seeing a previously capable parent crippled by methamphetamine and losing their way."

Studies had found families had the most influence on drug users and were the key to getting a good outcome for them, Ms Sinclair said.

But family members also needed their own support.

"We see families take an emotional and financial toll," she said.

"It’s a price everybody pays."

It would be initially co-ordinated by Southern District Health Board specialist addiction services social worker Jeremy Stewart, who would offer advice and coping strategies.