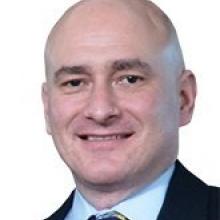 Mr Jamieson, who is the executive general manager of development at SBS Bank, will start in the role on August 31, replacing Ruth Kibble who is returning to the South Canterbury District Health Board’s strategic team at the end of this month.

Mr Jamieson said he was looking forward to moving to Oamaru with his wife and children, and working with WDHS staff and the wider Waitaki community.

"I have a real passion for healthcare and it is a privilege to join the WDHS team, working to ensure optimum delivery of health services to the Waitaki community," he said.

Mr Jamieson has master’s and bachelor’s degrees in science, specialising in industrial psychology, business and economics. He started his career in strategy and change consulting, and has held various other roles in finance, aid and development, and multinational contracting in New Zealand, Scotland, England, Australia, and South East Asia.

Originally from Christchurch, Mr Jamieson has been working at SBS Bank in Invercargill since 2012.

Mr Jamieson acknowledged he was a "lateral appointment" to lead a healthcare organisation, but his professional and personal experience would help him in working alongside staff to make WDHS "truly special".

"In addition, for the last six years, I have been heavily involved in the health and disability sector, primarily brought about by my daughter’s accident which left her paraplegic," he said.

"I have had involvement with the Health and Disability Commission, multiple different health boards, and I have got involved with adaptive [disability] sports including skiing and basketball."