No plans yet for track reinstatement 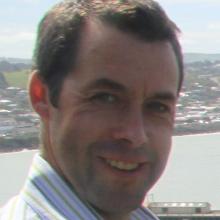 Erik van der Spek
Rerouting Millennium Track at Moeraki, damaged in July’s heavy rain, would cost $50,000, the Waitaki District Council says, and it is not yet clear whether it would be worth the cost.

A report to the council’s community services committee says council staff are working with a contractor to clear debris from the walkway.

That work, which has so far cost $11,000 for tree removal and step repair, was expected to provide a link to an unformed walking route until  decisions could be taken about whether further work was justified.

"The track along the waterfront is open again, although some areas are rough. The track up to the lookout remains closed."

A further $2000 in spending was planned  to clear the route up to the Moeraki lookout, but staff were waiting for  conditions to stabilise enough so a contractor could access it.

"Full reinstatement of this section is not planned at this stage as there is a high likelihood that this area will slip in future  ...  and the cost to reinstate is estimated at $50,000."