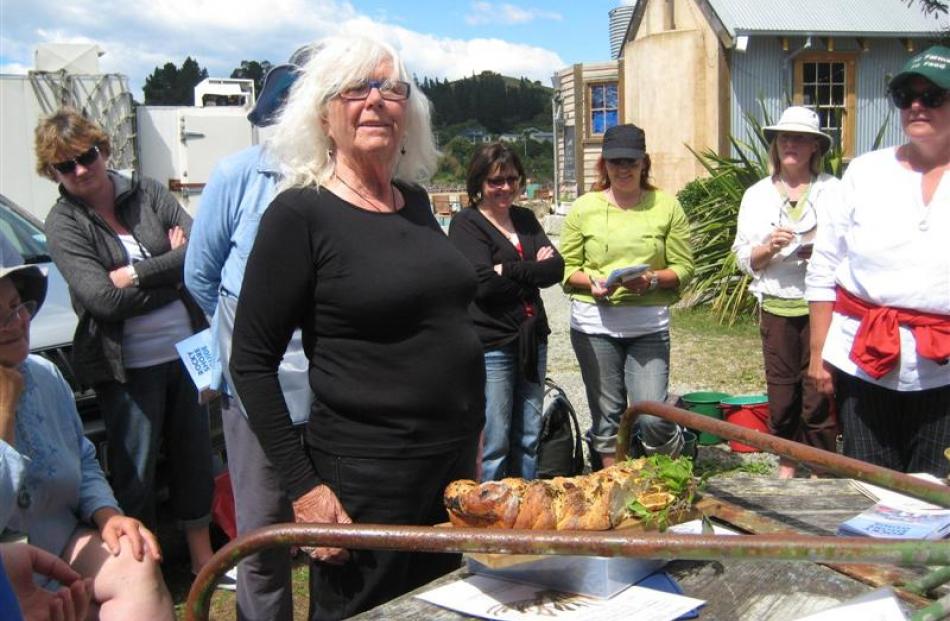 Restaurateur Fleur Sullivan, whose course will return to the Sustainable Skills Autumn School in April, shows her seaweed-rewana bread at the summer school in January. Photo by Ben Guild.

Nearly 30 courses will be on offer at Transition Oamaru and Waitaki District's third sustainable skills school, to be held throughout the district from April 14-24.

The courses, which change with the seasons, are intended to build resilient, interconnected communities that utilise their skills and resources in a more communal, sustainable way.

Co-chairwoman of the group Nathalie Brown said that while the skills offered might appear relatively trivial in the current climate, they would one day prove more than useful.

"Transition Oamaru and Waitaki district is part of the worldwide Transition Towns movement, which aims to help communities prepare for a time in the near future when groups and individuals will face dramatic changes to their present way of life," she said.

"With the arrival of peak oil, oil and the products derived from it are becoming increasingly scarce and prohibitively expensive.

"It is beginning to have a direct impact on communities throughout New Zealand, and most people have already felt the effects of the global financial crisis."

The country's current quality of life would prove unsustainable, and skilled, local communities would need to band together to become more self-reliant as a consequence, she said.

Transition Oamaru and Waitaki District has its origins in the Natural Heritage Society, Oamaru Inc (1999), which held three weekend seminars in Oamaru between 2006 and 2008.

Academic experts representing the fields of geology, mechanical engineering, physics and industrial design had been hosted, as was the co-founder of permaculture design, David Holmgren, in 2006.

Information on the autumn courses, which have changed in number since the printing of promotional materials, is available at i-SITES, libraries, from some businesses and online at www.sustainableoamaru.org.nz.