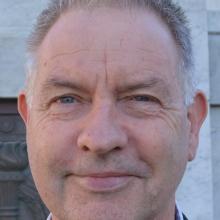 In April, the trust withdrew its first application become a Unesco global geopark - a 300-page dossier identifying 43 "geosites", or outstanding geological sites and landscapes in the Waitaki district - after former global co-ordinator for the Global Geoparks Network Patrick McKeever visited the district in February and informed the trust they were not ready.

"The [new] application has been reviewed by the New Zealand national commission for Unesco. They are pleased with the standard of the application, and approved it being submitted to Unesco in Paris," Mr Quinn said this week.

"We have also been able to provide additional evidence within the application around the significance of Waitaki as a window into Zealandia, the world's eighth continent, of increased community engagement, the appointment of new trustees, the employment of a `geo-educator' and the development of tours and their publication on the Waitaki Whitestone Geopark app, which is available on the IoS and Andros app stores."

Despite the lack of a business case the geopark trust was given Waitaki District Council endorsement - in the form of a commitment of further council staff time and up to $190,000 - to keep the ball rolling towards Unesco accreditation in September.

There are none in New Zealand.