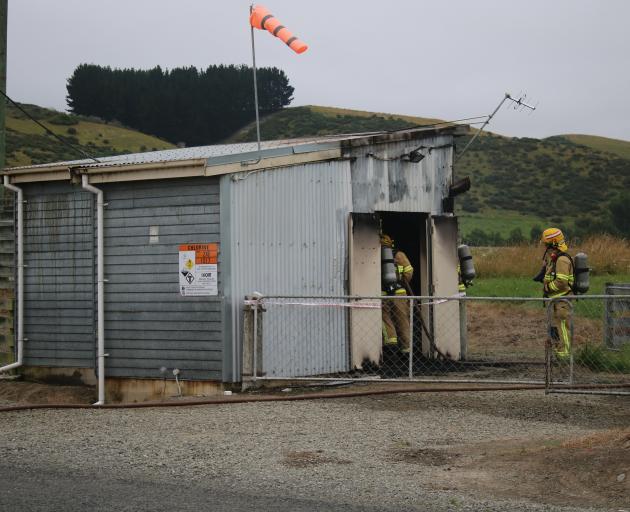 Temporary treatment of the supply had been set up for the area by Waitaki District Council staff and contractors, with water pumping to the reservoir for most customers yesterday afternoon.

More than 700 customers on the Lower Waitaki water supply were placed on strict water restrictions following the fire, which broke out at the Richmond treatment plant about 1.48am and caused significant damage to the treatment shed and equipment. The cause was still being investigated.

On Tuesday, the council issued an urgent conserve water notice to the customers on the Lower Waitaki supply in the Pukeuri, Papakaio and Hilderthorpe areas.

Council chief executive Alex Parmley yesterday said, he was pleased with the progress that had been made.

At least 15 council staff, plus outside contractors, had been working at how to get the existing facility back up and running.

Water was being chlorinated at the source, and bypassing the treatment plant into the reservoirs.

The conserve-water notice would remain in place to allow the systems to refill, and customers were being asked to remain vigilant in their water use, to help that process, Mr Parmley said.

It was too early to say when the actual treatment plant would be operational again as there still needed to be an assessment of the equipment to determine whether it was still in working order, he said.

"Until we’ve been able to do all those assessments, we won’t be in a position to say that. Our priority has been getting drinkable water supplies restored to those who have lost their water supply."