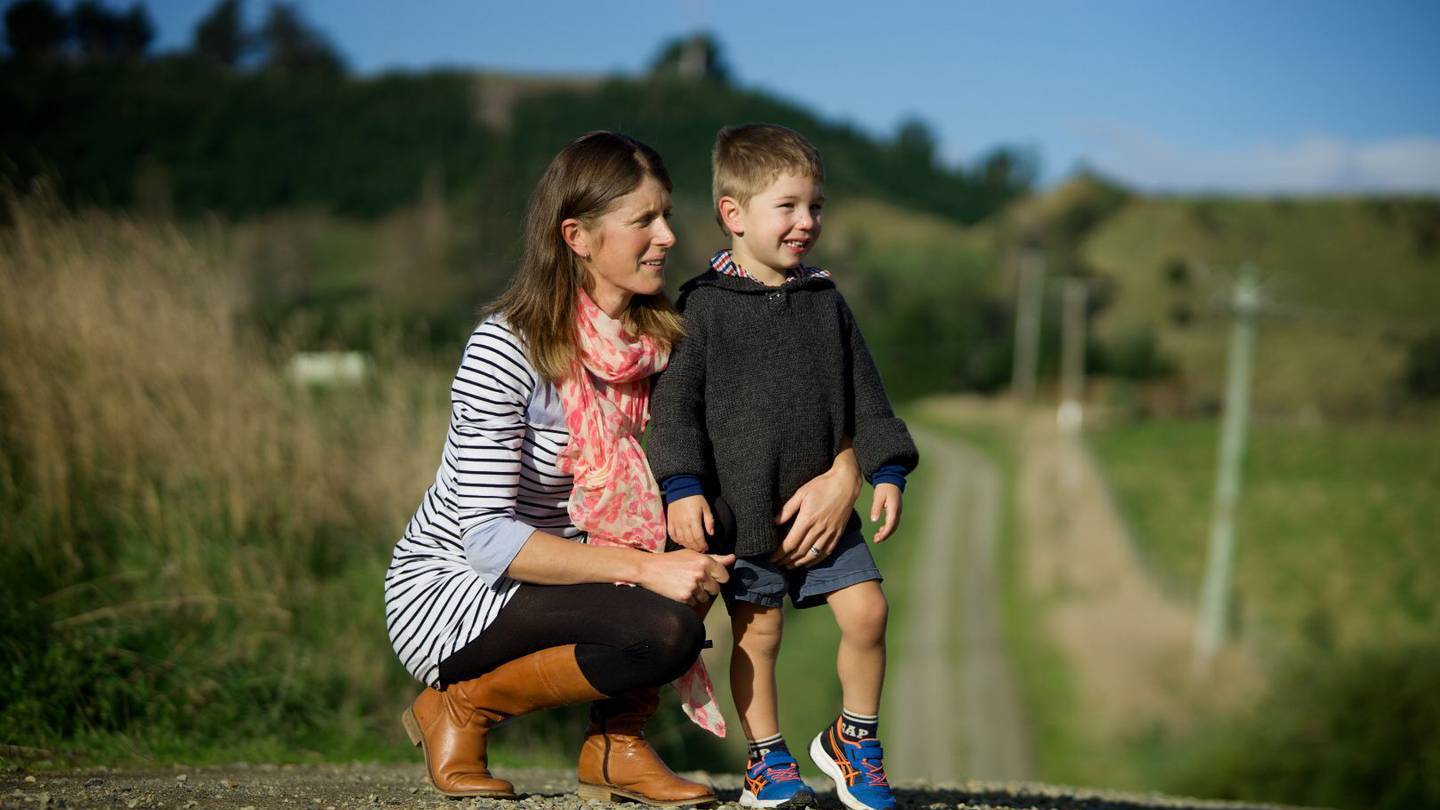 Nadine Tomlinson and her oldest son Angus died in the 2018 accident. Photo: supplied
Farmers have lessons to learn from the death of a 33-year-old pregnant woman and her 3-year-old son after their tractor slipped into an East Otago reservoir, a Coroner's report has found.

Nadine Tomlinson and her oldest son Angus died on September 30 in 2018 after becoming trapped inside a tractor which lost control and slipped into a reservoir on their property in Palmerston.

Tomlinson, an experienced tractor driver, was heading to collect a dead animal on the farm and Angus had tagged along - he was standing and not wearing a seatbelt, the report said.

She and her husband Scott also had an 18-month-old son Samuel and Tomlinson was 16 weeks pregnant.

After picking up a trailer, the pair were travelling downhill towards a track around the pond when tragedy struck.

After she had failed to return by 3.30pm that day, Scott drove to the area where the trailer has been parked but it was no longer there.

He drove to where the dead animal was and seeing it still laying there, he retraced his steps and saw fertiliser bags floating in the dam. He also noticed skid marks leading into the water and called emergency services.

The bodies of Tomlinson and Angus were recovered from the pond the next day.

She had managed to get out of the tractor cab with her son, but did not reach the surface as her shirt was caught on a small cleat on the trailer.

A police investigation revealed the tractor had been travelling down the steep slope leading to the pond.

A left tyre mark indicated Tomlinson had been braking as she descended, "to the point of locking up".

WorkSafe found with the left brake applied fully, it is likely that turning the tractor right would have been unachievable.

"The tractor was towing an unbraked trailer which weighed 1700 kilograms empty; this would have increased the demand on the braking system and made it harder for it to stop, it may have also effected (sic) steering," a WorkSafe report for the Coroner said. 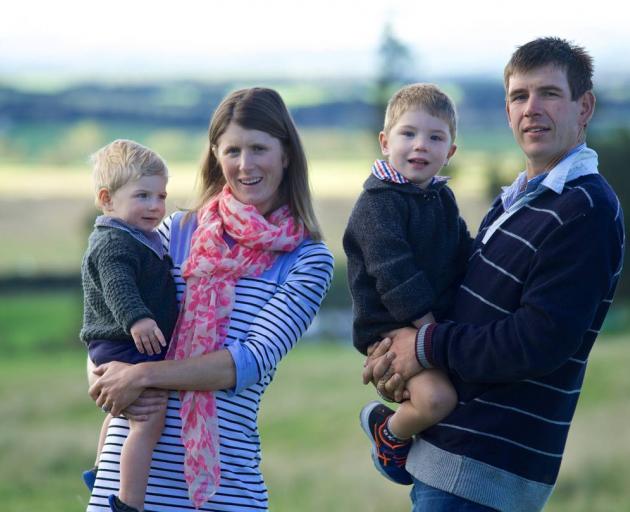 Nadine Tomlinson with husband Scott and sons Sam (left) and Angus. Photo: supplied
The investigation found there were no obvious faults with the tractor and it was in a reasonable condition.

The Coroner said she believed Tomlinson became concerned at the speed the tractor was travelling as she descended the steep slope.

"Despite her extensive tractor driving experience it appears that she only applied the left-hand side brake pedal with the intention of turning right in the direction of the dead animal.

"However, this caused the tractor to sledge and continue tracking straight into the dam. The weight of the trailer may also have influenced the braking capability of the tractor."

WorkSafe found "all duty holders" involved in the incident breached their duties under the Health and Safety at Work Act 2015.

In its report, Worksafe said farmers need to consider more carefully the risks they expose themselves and their children to.

It said since the year 2000, it has recorded 42 workplace fatalities involving children and young people (0-18 years old) in the agriculture sector.

"The agriculture sector has an opportunity to learn from this incident, passengers must not be carried in any vehicle that does not have sufficient seating, restraints or is not fit for the purpose for carrying passengers.

"By having unseated, unrestrained or people in positions in or on vehicles not designed to carry passengers, the hazards and risks associated with the use of any vehicle are significantly increased.

"These learnings are also applicable across other sectors where vehicles and young people are involved."

"I extend my sincere condolences to Mr Tomlinson and the wider family."