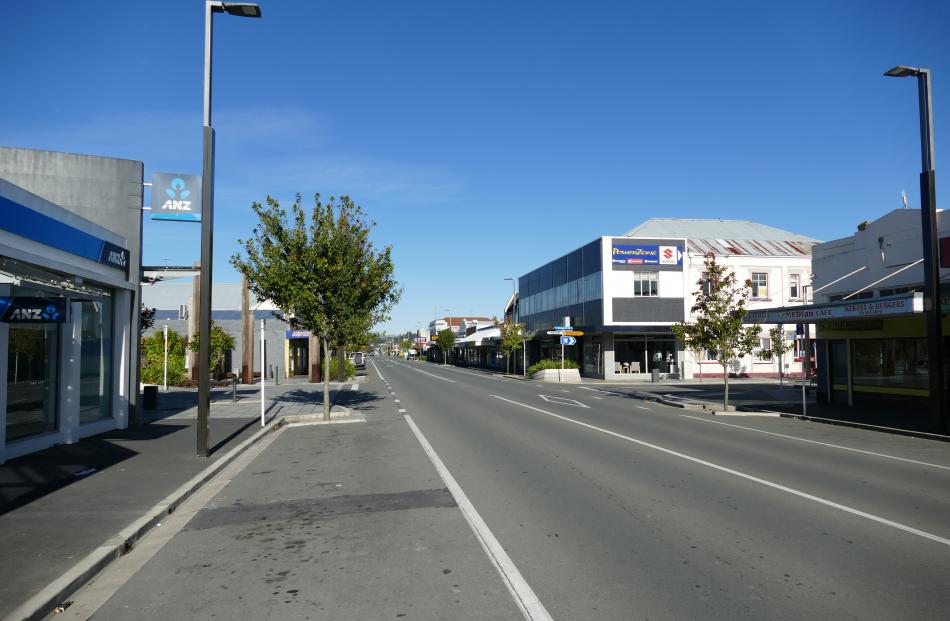 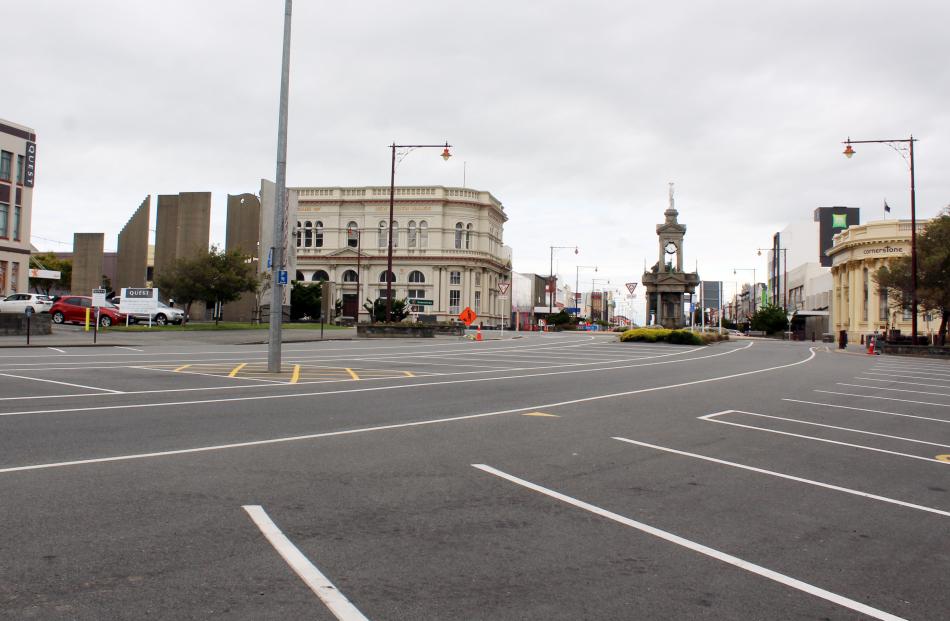 In central Invercargill, those looking to find a park outside their essential service workplace would have found it an easy task yesterday. Photo: Laura Smith 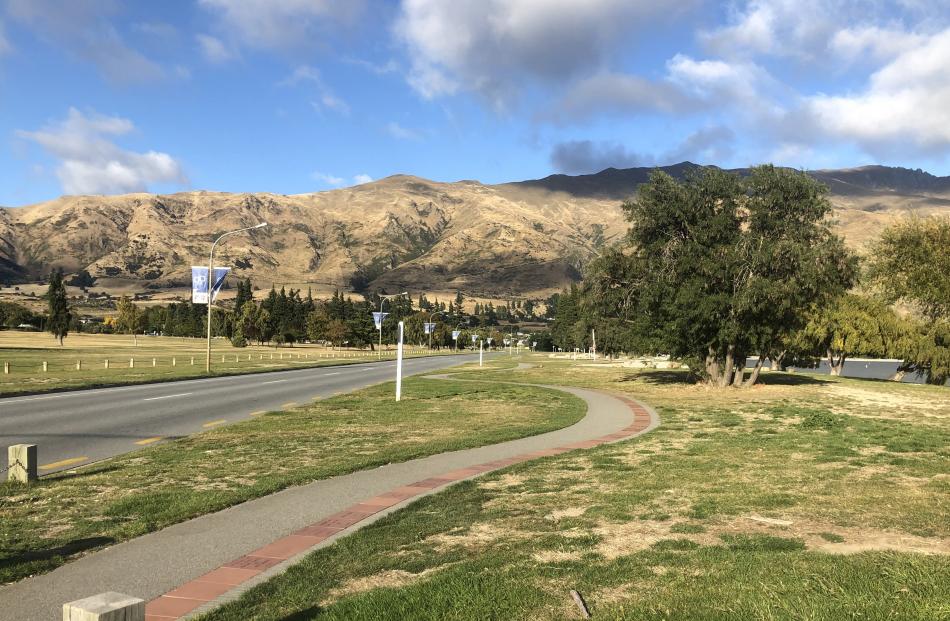 Under blue skies and in a blue moon, it has been many a year since the lakefront of Wanaka has been totally devoid of people and cars. Photo: Kerrie Waterworth 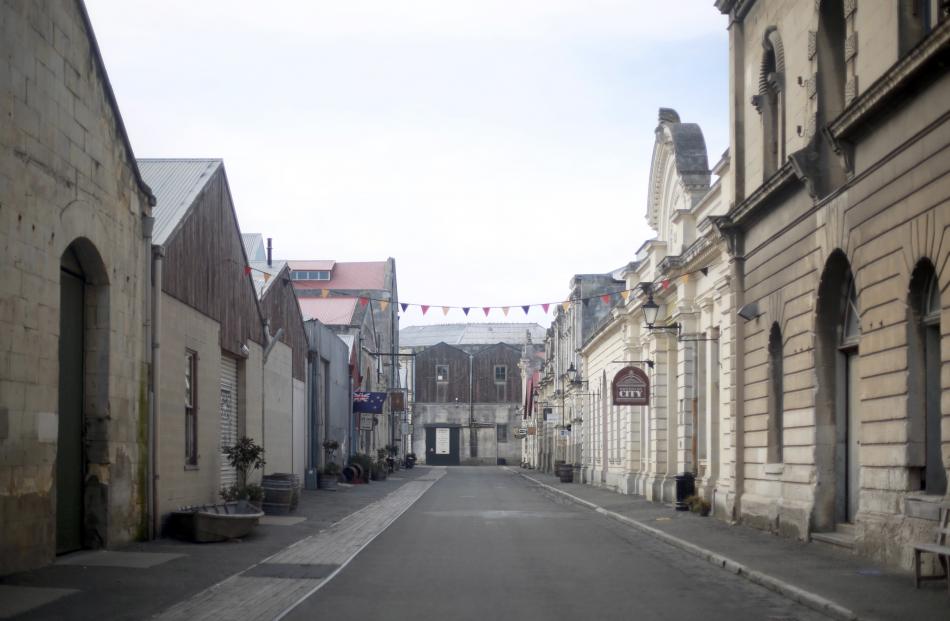 Harbour St, in Oamaru’s Victorian precinct, is empty on day one of the Covid-19 lockdown. Photo: Rebecca Ryan

Centres across the region fell eerily quiet yesterday, as the first day of a four-week Covid-19 lockdown took hold in the South.

Queenstown’s usually thronging streets were deserted for large parts of the day, as travel was restricted to the bare minimum required to keep essential services running, and body and soul together.

But in some parts of the South it seemed not everyone was on board with the message to stay at home, instead interpreting some outdoor activities as substitutes for self-isolation.

This included Riverton’s sunny waters, where police expressed their displeasure at transgressors.

A social media post from Riverton police said they had been notified of surfers and kayakers "out of home unnecessarily".

It continued, "Whether we agree on this or not isn’t really the point. Please educate yourself on the dos and don’ts at http://covid19.govt.nz and if you are in any doubt STAY AT HOME!!!"

Prevention Sergeant Jason Leadley said a person had been trespassed from New World Balclutha after making a "stupid" comment, but otherwise the day had gone smoothly.

He clarified two areas of concern that emerged yesterday.

"We’d ask people in rural centres not to visit the police houses attached to some stations, but to call the numbers attached to the station doors. And our advice for those stopped by police while out on essential jobs is to show the attending officer some evidence of the job, and present your licence.

"We’re patrolling to reassure and help people be safe."

Clutha District Mayor Bryan Cadogan said he had been "mostly pleased" with the compliance of people in his home town of Balclutha, although he had seen some "concerning" activities.

"It’s a surreal feeling for us all today, but people seem to be bearing up well and following the rules.

"However, I have seen some worryingly full vans of people this afternoon, and I’ll be making my concerns known to the relevant parties."

The vans were believed to contain workers, although Mr Cadogan would not name the company in question.

Wanaka police were a visible presence yesterday driving around the town centre where they conducted a routine vehicle stop on McDougall St about 8.30am.

"Staff will continue to be actively out and about, and engaging with members of the public."

Senior Sergeant Jason McCoy, of Oamaru, said police were busy visiting essential services and patrolling the town’s streets yesterday,
but there were no issues to report.

"We’ve doubled our [frontline] staff for the visibility and prevention work that needs to be undertaken," he said.

"Obviously a lot of businesses have closed, so we want to be out patrolling and making sure everything is tickety-boo."