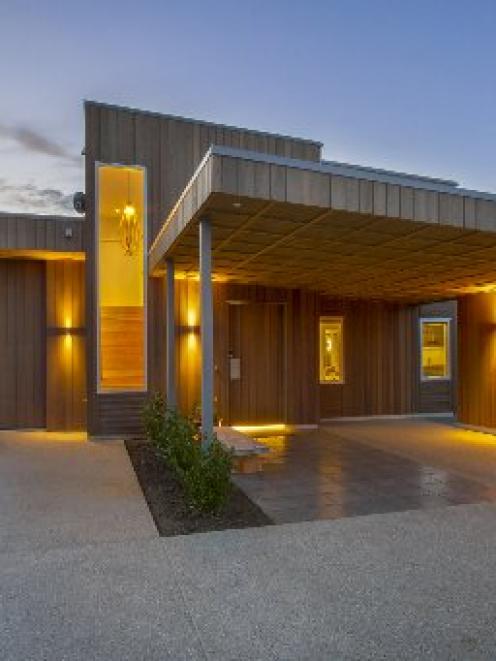 The Wanaka house that won the $650,000-$1million section at the Registered Master Builders House of the Year Awards. PHOTO SUPPLIED
''Pretty amazing'' is how a Wanaka building company director describes feeling after winning a national award.

Bryce Dunlop, director and co-owner of Dunlop Builders, was part of the team which won the new home $650,000-$1million award at the Registered Master Builders House of the Year Awards.

The winners were announced in Auckland on Saturday night.

Mr Dunlop said the award was huge given the quality of the competition.

''To make the nationals is an achievement within itself and, then, to come out on top of the category, it's a pretty amazing feeling, actually, and quite a proud feeling,'' he said.

A team of three to seven people worked on the 258sqm two-storey house from late 2013 until June last year. The cedar clad home, near Lake Wanaka, had three bedrooms, two bathrooms and three living areas.

It had an American white oak stairwell and flooring and diesel boiler heating system.

Mr Dunlop said there were many difficult aspects to the build, but the amount of cedar cladding used was the most difficult because of the detail needed.

Eight Otago homes were in the running for the supreme house of the year award, which was won by Shaw Builders for a home in Mount Maunganui.