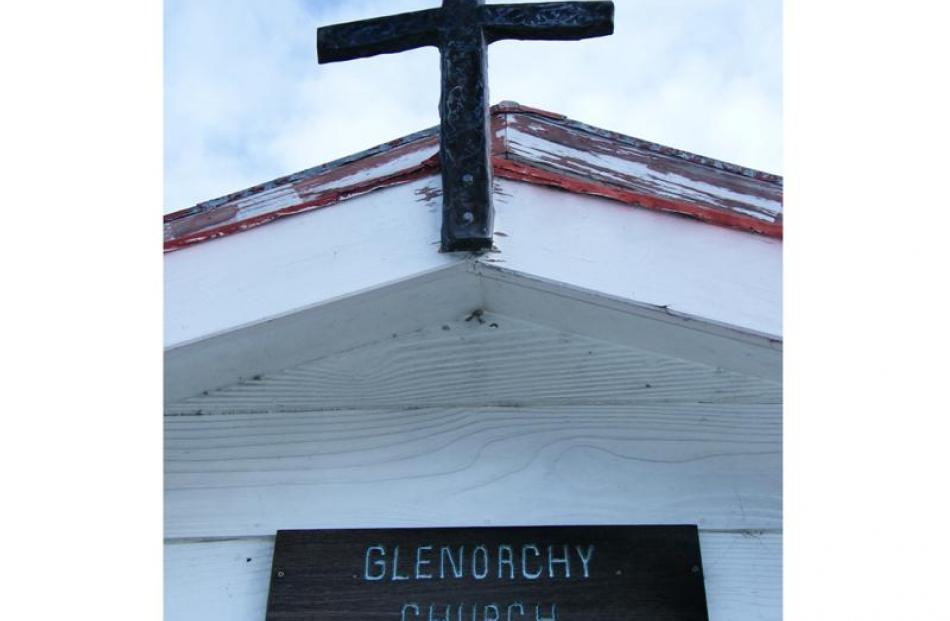 The historic Head of the Lake Community Church was built by the Valpy family on their land off the Rees Valley Rd, then moved to its present location, on Argyle St, in Glenorchy, in 1957. 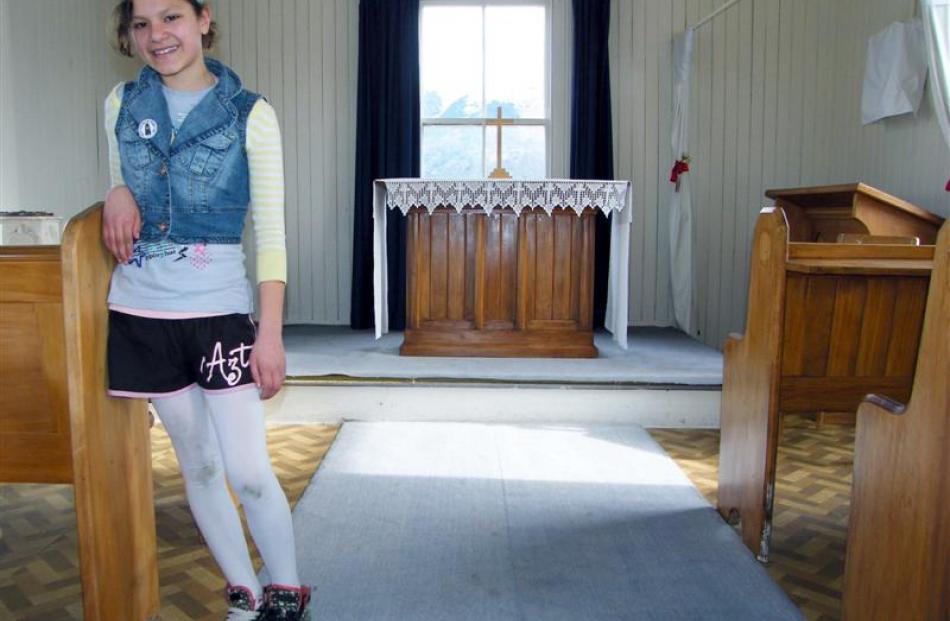 Glenorchy volunteers are preparing to restore their 120-year-old, pioneer-era church this month, after $55,000 in community grants were pledged.

The Community Trust of Southland announced it had approved $20,000 for the restoration of the historic Head of the Lake Community Church in the first quarter of this year.

Head of the Lake Community Church Trust chairwoman Ruth-Ann Anderson, of Glenorchy, said at least 10 trustees and volunteers were expected to meet at the church, at 1pm on Sunday, August 23, to get to work. More helpers were invited to join in.

Mrs Anderson said the grants secured the church's future for at least the next 50 years.

"We couldn't do the restoration without the grants. The trustees are thrilled to bits.

"All the work since the trust was officially formed 18 months ago has been in fundraising and fundraising applications and having a conservation plan, as is required by the Central Lakes Trust and the Community Trust of Southland.

"Because it's never been owned by an individual denomination, the locals have rolled up their sleeves and maintained it. If it wasn't for the community, it wouldn't be standing here now."

All furnishings will be carried out of the church on August 23. The 40 to 50-year-old Pinex floor and ceiling will be replaced with tongue-and-groove boards, to match the original walls and to make the interior look as it was when first built.

Builder Mike Kingan, who is also working on the Paradise House restoration, will install insulation where possible, new electrical power points will be discreetly added and the exterior will be repainted in heritage colours.

Rotten weather boards will be replaced and repiling carried out where necessary.

The wooden dais was rotten in places and would be replaced. A visiting church member put his foot through the dais when leading a service two years ago.

A carpeted central runner, from the door to the altar, would be considered by the trust at a later date.

Minor landscaping and an information panel on its history were also proposed.

The church hosts Anglican and Presbyterian services on alternate months and Catholic services every month. The Salvation Army has also led a service on occasion.

Mrs Anderson said the number of parishioners who attend services fluctuates. About 30 can be seated comfortably and the church was always packed for Christmas and Easter services.

There have been three weddings in the church over the past four years and trustees hope the restoration will encourage more bookings. The church was locked when not in service, but trustees might change the policy in the future.

Mrs Anderson said the trust hoped the church would be re-opened and functioning in six weeks from the time the restoration project began.

"It's a plain, simple, little building but it tells a lot of stories. It shows people in isolated communities really do knuckle down to a task and get on with it."

• The Head of the Lake Community Church, in Glenorchy, was built by Henry William Valpy for his family and the community, on his own land near the Valpy home "Kohimarama", on the Rees Valley Rd, in 1889.

• The family, who farmed three stations then mined gold and scheelite, had a strong Christian faith and it is believed they built most of the red beech timber church themselves.

• Anglican and Presbyterian ministers and their horses were given free passage on TSS Earnslaw from Queenstown to deliver services at the Glenorchy church. Between their visits, Earnest and Percy Valpy would lead services, while their mother played the organ.

• A population shift from the Rees Valley to Glenorchy in the first half of the 20th century prompted six residents to form the Glenorchy Church Board Trust. The trustees purchased freehold land on Argyle St, in 1956, and transported the church to its present site a year later.

• Maintenance was urgently needed around the time of the church's 100th anniversary. Glenorchy volunteers replaced the flooring, reclad the north wall, repainted the interior and exterior and hung new curtains.

• The multi-denomination anniversary service was delivered by Valpy family descendant Captain John Richards, of the Salvation Army, on October 22, 1989.

• The Head of the Lake Community Church Trust was formed on April 4, 2008 to take stewardship of the building and make it available for followers of any faith. The trust owns the land and building.