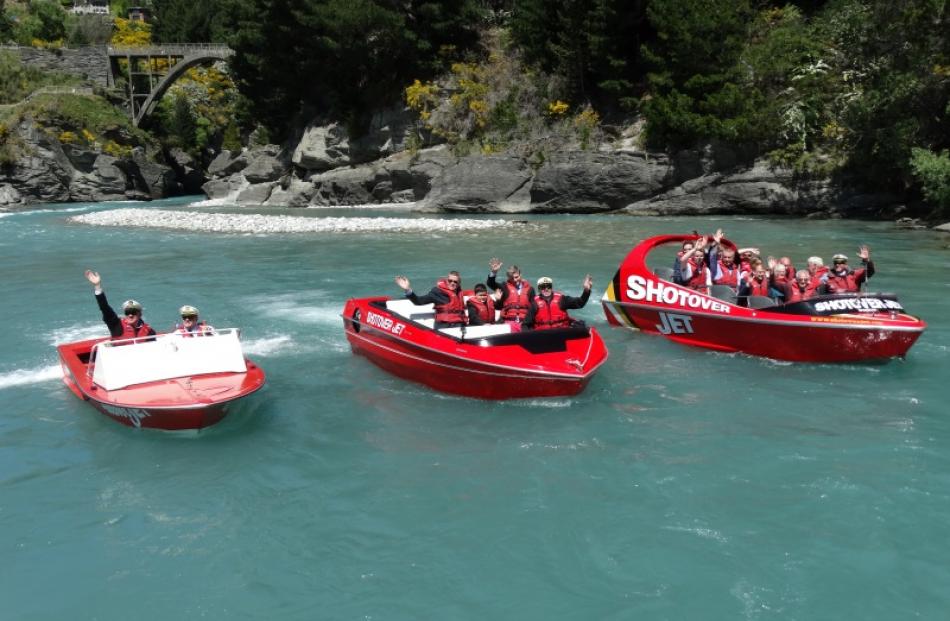 Shotover Jet's 50th birthday celebration has given a nod to the company's past and future.

Yesterday's launch of three days of activities included a drive-past of three generations of its jet-boats, the unveiling of a 400kg pounamu ''touchstone'' from the Rees River, and the presentation of gifts to the company's past owners.

The company has been owned by Ngai Tahu Tourism since 2001, and iwi representative Sir Tipene O'Regan said it fitted the tribe's philosophy of investing in cultural tourism.

''We didn't want to be the decorative element on someone else's capital.

''We want to be in control of our own knowledge bank.''

It was also pleasing to mark 50 years ''without being sold offshore''.

Deputy Prime Minister Bill English said New Zealand's economy had grown on the back of people like Shotover Jet's founders and their ''crazy idea'' to take tourists through the canyons in boats.

But it had taken skilful management and the financial clout of Ngai Tahu for the business to continue to thrive.

''On behalf of the Government, thank you for making some profits.''

Kevin Melhop, whose father Harold and uncle Alan founded the company in 1965, said he was grateful his father's vision was being recognised.

His father, who died 14 years ago, would have been ''absolutely brimming with pride''.

The celebration includes free rides for all primary school children in the area as well as anyone turning 50 years old, a locals' day and a party for past and present staff.