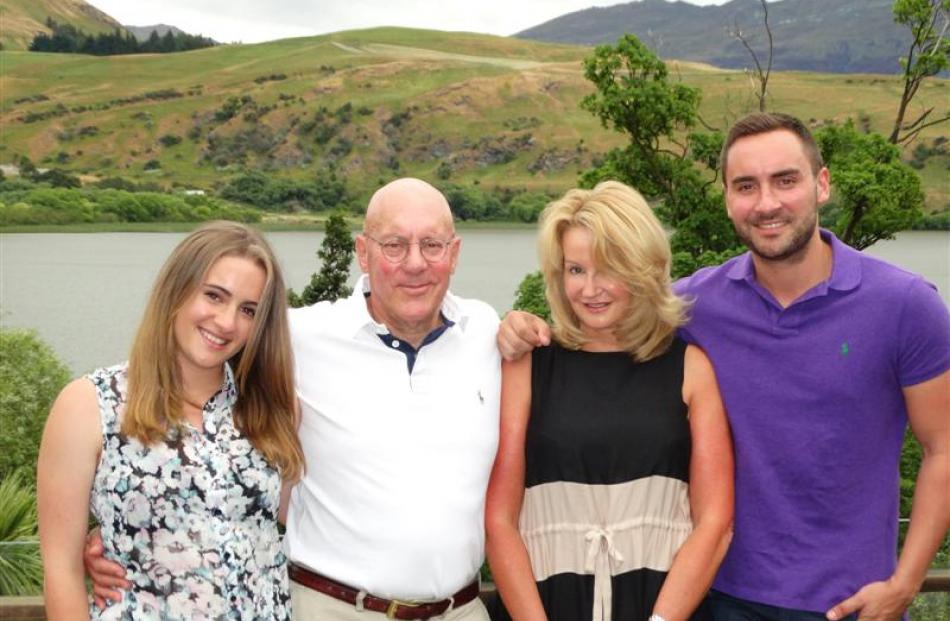 Businessman Jim Boult says he would be bored if he was not busy.

''It's been a great ride for the last few years, actually,'' he said.

Mr Boult (63) said it was ''humbling'' to have been recognised in the New Year Honours, being made an Officer of the New Zealand Order of Merit for services to tourism and the community.

''It's a reward accepted on behalf of not only myself but my family, who have always been enormously supportive ... of everything I've done [and] the excellent people I've worked with over the years.''

Mr Boult was the chief executive of Christchurch International Airport from 2009 to December 2013, overseeing a $237million terminal upgrade.

He ensured the airport was open for emergency flights following the Canterbury earthquakes in 2010 and 2011.

It was a job he took on for three months - and ended up staying for five years.

Mr Boult said he was ''enormously proud'' of the terminal upgrade, delivering it on budget and on time.

''The earthquake was really challenging ... Through good management the airport company ... across all staff ... was really well prepared for it and received a number of domestic and international awards for its preparations.

''It was credited for saving a number of lives.''

Mr Boult said 44million people walked through the terminal while it was being rebuilt - just one received a minor injury - and 300,000 commercial flights landed during that time, ''not one'' being delayed because of construction activity.

Before that role, he was the New Zealand Tourism Board director and deputy chairman from 1997-2000.

He was also appointed to the Civil Aviation Authority and the New Zealand Customs Service audit and risk committee and became the chairman of the independent panel of experts for the Government Tourism Growth Partnership.

He is also the chairman of Stonewood Homes, a director of Real Journeys and chairman of Signal Management, as well as being actively involved with charities.

Those include the Child Cancer Foundation of which he is the national director and chairman of its finance, audit and risk committee, and has been the chairman of the Otago-Southland Child Cancer Accommodation Trust since 2001.

Mr Boult was a member of the Shaping Our Future steering group and helped establish Friends of Lake Hayes in 2007 to restore the lake's water quality.

Last year, he was awarded the Queenstown Lakes District Council award for Outstanding Achievements in the District and was named the Interspace New Zealand Aviation Personality of the Year - an accolade he also received in 2010.

In November, he was honoured by the Queenstown Chamber of Commerce, receiving a Lifetime Achievement Award at the resort's business awards.