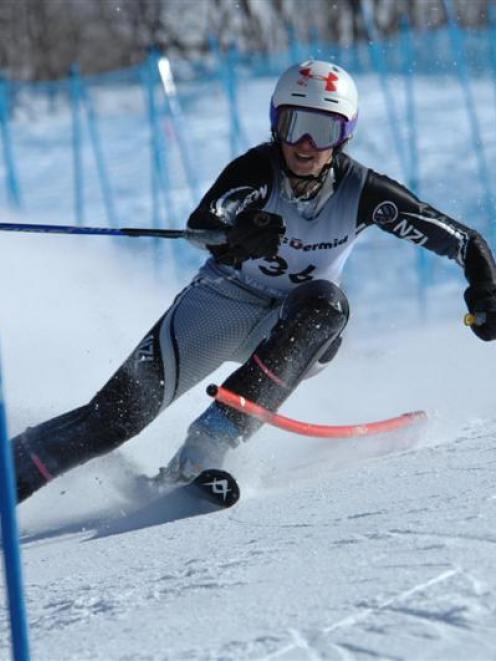 The series, held on a steep course "kind of like Coronet Peak", included two women's and two men's slaloms. The women's field attracted 55 competitors from throughout the United States, including top-ranked age group athletes.

Her 29.69 result was well below her current points of 39.91, and as a consequence, her world ranking of 562 is expected to drop when the next FIS list is published.

She said she always knew she could ski fast enough to get the result.

"It was just a matter of putting it down into two runs on race day. 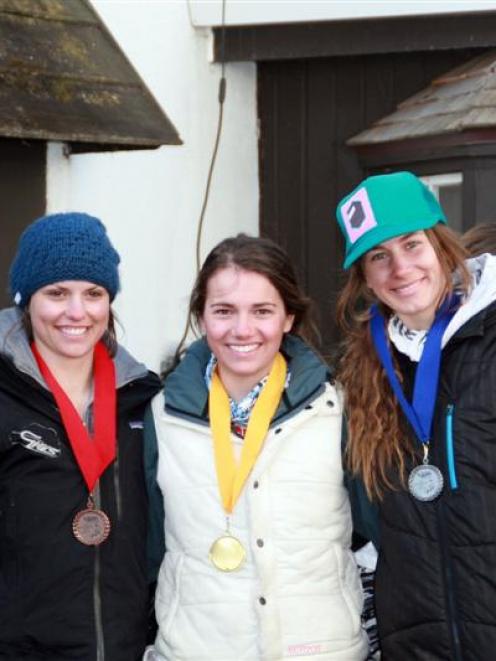 Taylor Rapley (far right) with the silver medal she earned at La Crosse, Wisconsin. Photo supplied.
"I have been training really well all season so it had been frustrating not getting results in my races .. I put all expectations behind me and just had fun with it and I finally did myself justice."

In the second slalom event, Rapley took fourth place. She recorded a fast first run, but could not complete the second one fast enough to put her on the podium.

Rapley has been training with Slovenian coach Florian Scheiber, in Park City, Utah, and hopes to learn from her performance to progress into the busy second half of the season.

The second half is packed with competitions such as the US Nationals, Nor-Am finals and Spring series taking her up until mid-April.

She has not confirmed her plans for the southern hemisphere season, yet, but plans to continue studying psychology and physiology extramurally through Massey University, as well as racing.

"Ultimately, I would love to ski NCAA (National Collegiate Athletic Association) at a top-ranked NCAA ski team University here in the US and gain a scholarship to study and ski and progress on to the Olympics," she said.