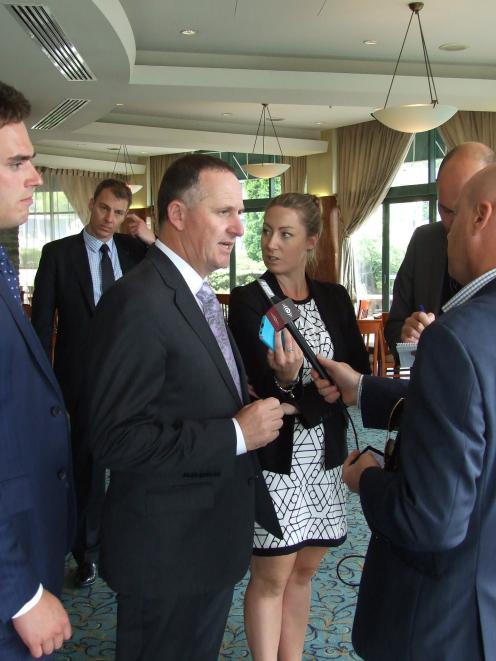 Mr Key, who is also Minister of Tourism, made the comments in response to a question from a member of the audience at a function yesterday organised by the resort's regional tourism body.

He personally supported the idea of a bed tax, and so did his tourism officials.

''Their argument is that you've got a small rating base, you've got a million-odd people that pour in here every year, you've got a huge amount of demand on resources, and why the hell should ratepayers have to pay for it?''

A ''relatively modest'' levy was unlikely to deter overseas visitors from coming to Queenstown, and would enable the resort to continue to develop.

It would also help pay for a convention centre, which would otherwise rely on council rates and ''some Government contribution'' to get built.

However, Treasury ''hated'' the idea because if Queenstown got a bed tax, other tourist towns would demand the same.

Speaking to the Otago Daily Times after his speech, Mr Key said Queenstown needed to present a concrete proposal for a bed tax to the Government.

''We got that from Stewart Island and it did pass, so it's not impossible, but there is certainly some resistance within officialdom.

''But we understand the circumstances Queenstown faces - it's got a more pronounced issue than any other part of New Zealand.''

Earlier, in a wide ranging speech, Mr Key defended the Government's management of the economy, particularly criticism of Tuesday's Treasury forecast of a $772 million fiscal deficit in this financial year.

Only Norway among OECD countries had a ''better set of numbers'', while New Zealand was outperforming Australia in GDP and employment growth.

He spent 10 minutes of his 25-minute speech making a case for changing New Zealand's flag, predicting that once it eventually happened, no-one would admit to having voted to keep the old one.

''It's just too slow, and it's not responsive to what we need, particularly in a high-growth, low-unemployment market.''

Former minister of social development Paula Bennett had expertise in how to ''fast-track things and speed them up''and planned to visit Queenstown.

''Because Paula's worked very intimately with [the immigration service] ... she could see how they could streamline and just make it a more user-friendly process.''