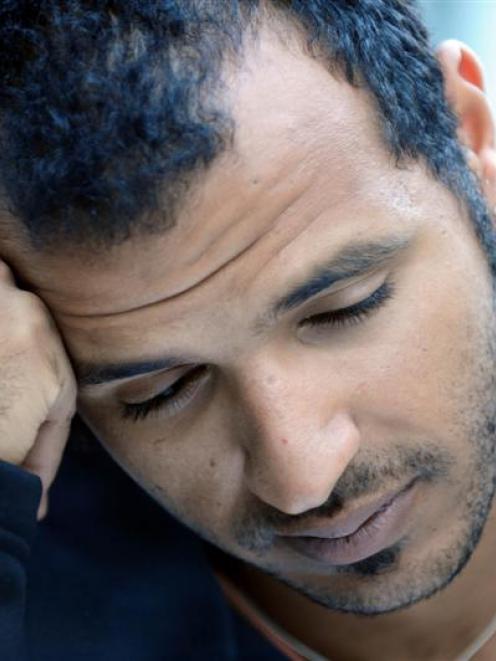 Itamar Tas, the brother of missing woman Liat Okin, has now had his only link to family back home stolen. Photo by Craig Baxter.
THE brother of missing Israeli tramper Liat Okin has suffered a second blow after being targeted by thieves in Queenstown at the weekend.


Itamar Tas (26) returned home shortly after midnight yesterday to find the Queenstown holiday home where he is staying had been broken into.

Somebody had forced a window to gain entry to the house, which had been loaned to Mr Tas by a member of the public following publicity surrounding his sister's disappearance.

Among the items stolen was the cellphone he had been using to co-ordinate the family's private search for Ms Okin, and to keep in touch with friends, family and supporters in Israel.

The thieves had also stolen a Playstation 2 and four games belonging to the house owner.

Mr Tas said yesterday the theft was "very painful" and he was desperate to have the cellphone returned.

"I don't know what to say any more . . . at least in the evenings I could get some [text messages] and everything from friends and people back home, but now I don't have the numbers and have no way to contact them.

Detective Sergeant Grahme Bartlett, of Queenstown, urged whoever was responsible for the burglary to return the cellphone.

"The [family] members and supporters are devastated that this could happen at a time when the weather and other factors had already hampered their search.

"The cellphone is the only link to family, friends and supporters back home," Det Sgt Bartlett said.

She was last seen on March 26.

An exhaustive three-week air and ground search was called off last week, but the family responded by establishing a charitable trust to pay for a private search.

Mr Tas said the volunteers had resumed the search yesterday, after bad weather disrupted efforts on Thursday, Friday and Saturday.

It was hoped parts of the wider area still to be checked could be covered by Wednesday.

The burglary had not dampened his appreciation of the efforts of the Queenstown community.

He had been flooded with offers of help, food, money donations and supplies.

Donations to the Liat Okin Charitable Trust can be made at the ASB Bank, reference OKI2161.