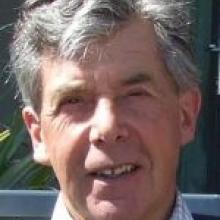 Trevor Hawke
A Maritime New Zealand report says Trevor Hawke was wearing an inflatable life jacket back to front and the carbon dioxide (CO2) cylinder was not positioned correctly inside the garment when he fell from his yacht into Lake Wanaka on November 17.

Mr Black said the release was authorised by police after a spate of water-related deaths and accidents around the country this summer.

He acknowledged the contents of the report would be upsetting for Mr Hawke's family but said public safety was at stake, prompting the release.

"Ten people have drowned this summer so far ... which is too high ... I want to be positive; I don't want any more grief. But we want the message out there," Mr Black said. 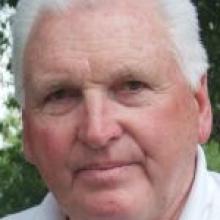 Marty Black
The key safety messages were for people to wear their inflatable life jacket correctly, check it was in good working order at least once a year and to install CO2 cylinders correctly, Mr Black said.

Mr Lilley's report of December 12, 2011, explains the background to Mr Hawke's accident, which occurred in windy conditions about 6pm on November 17.

A sudden pitching of the Etchell vessel caused Mr Hawke to fall overboard into water which was about 11degC-12degC, Mr Lilley said.

His companion, Mark Sheehan, tried to recover his friend and called for help.

A search began, police and navy sonar teams were deployed, and Mr Hawke's body was finally recovered by a remotely operated vehicle from 47m of water on November 27.

It was in good condition, as was the CO2 cylinder and the mechanism operating the cylinder if the ripcord was pulled.

"However, in the case of Mr Hawke's PFD, the cylinder was not screwed into the mechanism, but was lying inside," Mr Lilley said.

Other evidence suggested "the PFD may have been discharged at an earlier time".

"The fact the cylinder was not in position correctly is one reason that the PFD did not work at the time Mr Hawke fell overboard," Mr Lilley said.

The report also said there was no indication Mr Hawke had pulled the ripcord or that he had tried to orally inflate the PFD.

Because Mr Hawke had the jacket on back to front, "he would have been looking on the wrong side for either the ripcord or the oral inflation tube," the report said.