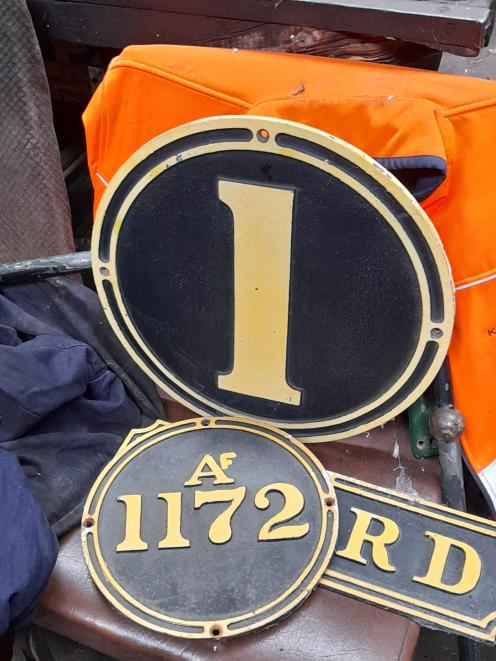 Kingston resident Ken McAuliffe, who has devoted himself to the restoration work since retiring a year ago, said the theft was only noticed a few days ago as work on the carriage was about to start.

The plates could have been taken at any time over the past 12 months, as the carriage had not been looked at closely over that time.

One had a ‘1’ denoting a first-class carriage, another read ‘Guard’, and the third showed the carriage’s number, Af1172.

Mr McAuliffe said the thief might have taken them as souvenirs, or thought they had resale value.

It was frustrating for those working on the project, and the cost of replacing them was money better spent on other things.

A full-time employee on the Flyer for eight years until it stopped operating for a while about 12 years ago, he was restoring the wooden carriages by stripping them back, doing repairs and repainting them, he said.

"It’s for the love of it — I retired a year ago and I’ve never been so busy."

There had also been vandalism recently, including stones being thrown through carriage windows.

Invercargill engineer Neville Simpson, who is leading the restoration of locomotive Ab795 and the carriages, said the plates were unique to the carriage they were taken from.

"We would be really happy if they were returned, no questions asked — we’d just love to have them back."