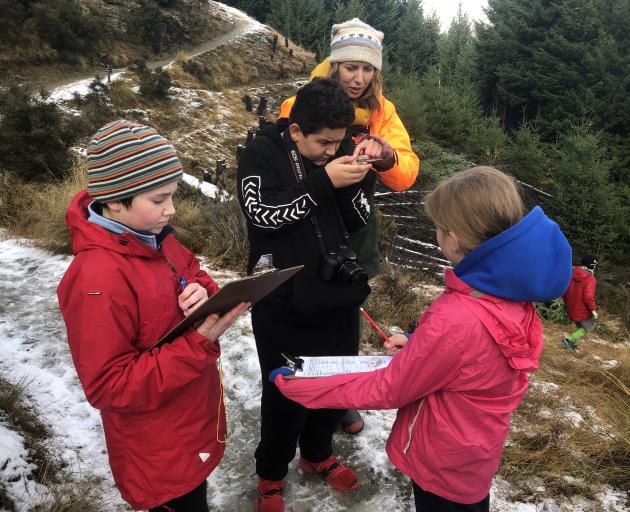 The school has received $20,000 to support learning opportunities from the children's wilding pine control and native planting projects.

They had been pulling up wilding seedlings on Ben Lomond for three years.

''It's one thing to go up there and pull them out - and kids love doing that - but they've got to understand the difference they're making to the local environment.''

Department of Conservation (Doc) biodiversity ranger Alice Webster had been training pupils to set up ''photo points'' - GPS-fixed positions from which photos of the sites were taken at regular intervals, he said.

That allowed scientifically rigorous comparisons of how the landscape was changing as a result of their wilding control and native planting work.

Because native planting was being carried out at Moke Lake and the Matakauri Wetland, it would be interesting to compare changes in the landscape to those on Ben Lomond, where wilding-cleared land has been left to regenerate naturally.

Children would prepare supporting documentation and write a blog, as well as sharing information with Doc and other organisations.

Mr Leach said he hoped they would in future feel satisfaction from seeing the benefits of their work.

Much of the funding would pay for the cost of transporting children and staff to the sites.

The museum's grant is part of $150,000 in funding from the Otago Participatory Science Platform.