Australian admits 'partying too much'

An Australian who caused a commotion in central Queenstown after taking LSD has been convicted and told to "sin no more'' by a judge.

Casey Lee Sticken (29), of Perth, was arrested last Wednesday after walking out of Boliwood Restaurant without paying and urinating in the street.

Police were already on their way to the Shotover St eatery after Sticken had spat on and banged on a window.

A week earlier, he was arrested and given a pre-charge warning for urinating in public.

Appearing before Judge John Strettell in the Queenstown District Court on Friday, Sticken admitted he needed to "calm down a bit''.

"Since I came to Queenstown I've just been partying too much.''

A fourth charge, of disorderly behaviour, was withdrawn.

He was convicted and sentence deferred for six months, and ordered to pay $26 in reparation.

The police summary of facts said Sticken was given a script for Sildenafil by an associate, Scott Brooks, before coming to New Zealand.

Sticken obtained the Sildenafil tablets from a pharmacy and, after arriving in New Zealand, "took a number of these while enjoying the Queenstown social life''.

Judge Strettell told Sticken to take his experiences in the resort as a lesson.

"It hasn't been a great end to your time in New Zealand.''

He also warned him to "stay out of trouble'' over the weekend before returning to Australia. 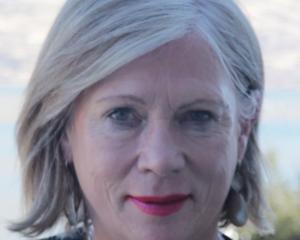