A view of the Lake Hayes catchment area. Photo: Supplied
An analysis of water inflow data for Lake Hayes by a Nobel Prize-winning scientist gives a bleak insight into the amount of sediment and phosphorus flowing into the scenic Wakatipu Basin lake. 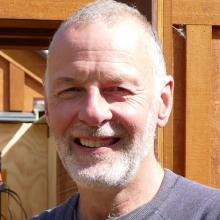 While emphasising the data was "thin", Prof Boyle said by comparing it with data from a 1984 study, his analysis showed a strong correlation between water flow rates, turbidity — or cloudiness — and phosphorous levels.

He estimated that 1760 tonnes of solids, including 2.1 tonnes of phosphorous, flowed into the lake from the creek last year.

That was equivalent to a 10-tonne truckload of sediment being dumped in the lake every second day, and 20 top-dressing plane-loads of phosphorus being dropped on it over a year.

There was also evidence suggesting that for more than half the warm water months each year, from December to April, levels of the faecal bacteria E. coli could be exceeding the safe limit, and "far exceed" the safe limit during times of high flow, he said.

"At the very least, this data would suggest that E. coli inflows to Lake Hayes from Mill Creek potentially pose a public health risk which warrants further investigation."

He had shared his analysis with the Otago Regional Council, with whom the lobby group was collaborating on the issue.

The presence of phosphorus from the historical use of fertilisers in the lake’s catchment has caused a decline in water quality, frequent algal blooms that make it unsafe for recreational use by people and dogs, and a reduction in fish numbers.

The Friends of Lake Hayes and a Wakatipu iwi charity, Mana Tahuna Charitable Trust, hosted a public meeting in Queenstown on Thursday night to inform residents about the imminent start of a project aimed at remediating the lake’s water quality.

The project’s first stage is expected to start next month.

It involves workers employed by the trust removing willow trees and planting natives in the lower part of Mill Creek and its wetlands at the lake’s north end.