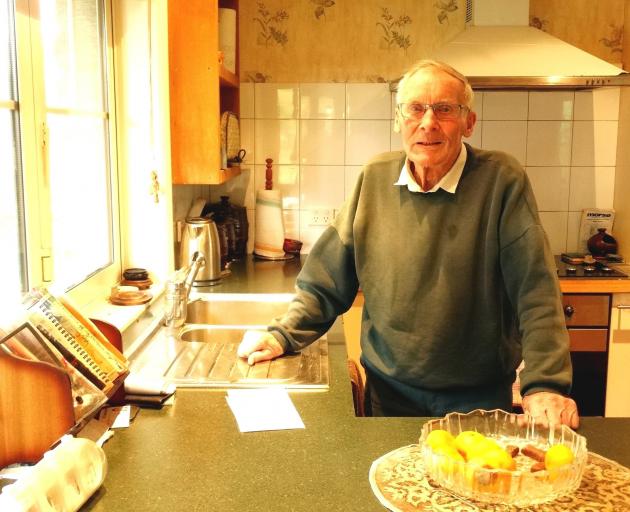 That might not seem out of the ordinary — until you realise he turns 100 today.

The former Dunedin grocer admitted he was slowing down — "I really didn’t think I would be here this Christmas" — but he remained determined to live independently.

Mr Robertson has lived in a cottage on his son’s farm at Speargrass Flat for the past 18 years.

He does his own cooking and cleaning, and tends a large garden.

That is where the Otago Daily Times caught up with him on New Year’s Day, in anticipation of the party his family is throwing for him today.

The second Queenstown resident to make it to 100 in the past 12 months, after fellow World War 2 veteran Alex McBurney last June, Mr Robertson noted, "it’s a long time to live ... I feel like I’m cheating somehow".

He cheated death during the two and a-half years he spent with the 2nd New Zealand Division’s 18th Armoured Regiment in Italy during the war.

Driving armoured cars, often in a scouting role, he saw action at Cassino and other notable battles, and was injured twice after being struck by shell fragments in the head and foot.

As he told the ODT in 2018, his wartime experiences, during which many of his school friends and fellow army trainees died, gave him a more acute sense of his mortality.

Since then, he had never smoked, and continued to be a light drinker, but thought a lifelong enjoyment of gardening helped explain his longevity.

He was active playing cricket, rugby and hockey, and was cox of the Otago rowing eight.

His sporting ability has rubbed off on his sons; Duncan Robertson played 30 times for the All Blacks in the 1970s, while Keith Robertson has been a top-level rugby coach for Southland, the Highlanders, and in Scotland.